The 12th Annual Michael Jordan Celebrity Invitational (MJCI) returned to Las Vegas' Shadow Creek April 4 - 7 and featured celebrity favorites plus first-time attendees including Olympic Champion Michael Phelps, Pro Football Hall of Famers Jerry Rice and Jonathan Ogden among others. Since it's inception the tournament has raised over $6 million dollars to support a variety of philanthropic initiatives...

Korloff Paris, Michael Jordan and Will Smith to support the philanthropic causes at 12th Annual Tournament 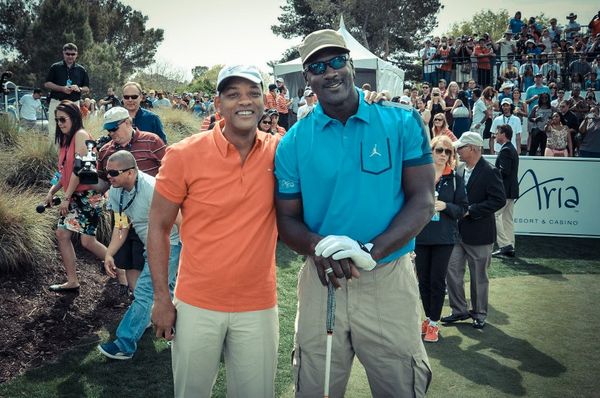 "We are proud to join Michael Jordan and his colleagues to support this great event of community and philanthropy" said Korloff PARIS founder Daniel Paillasseur.

"The professionals that gather are long and active advocates that share their time, talents and means to improve the lives of others."

This year's tournament winners are former St. Louis Cardinals baseball superstars and World Series champion teammates Ozzie Smith and Vince Coleman. Smith and Coleman, who each took home $20,000 for their designated charities, followed up their first-round score of six-under par 66 with a five-under par 67 on day two.

They were able to overcome a late surge by the second-place team of Ahmad Rashad and the “Great One” Wayne Gretzky to win by four strokes.

To see all the photos from this event please visit the following link: Korloff Paris and Michael Jordan