To celebrate the historic achievement of Yuri Gagarin on 12th of April 1961 Bernhard Lederer presents the timepiece of the first man in space: The Gagarin Tourbillon 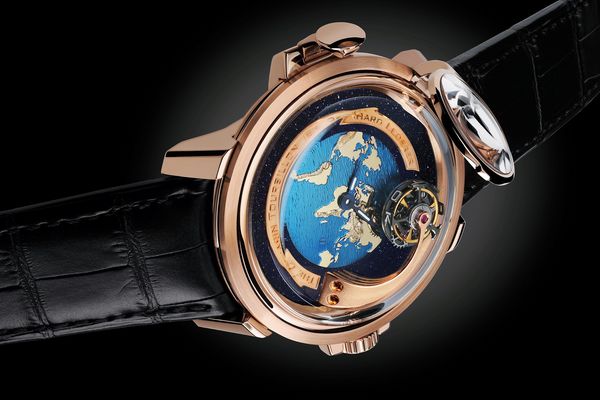 This timepiece celebrates the Yuri Garagarin historic exploit when, on the 12th of April 1961, he became the first man in space and the first to successfully orbit the earth and return safely to earth. 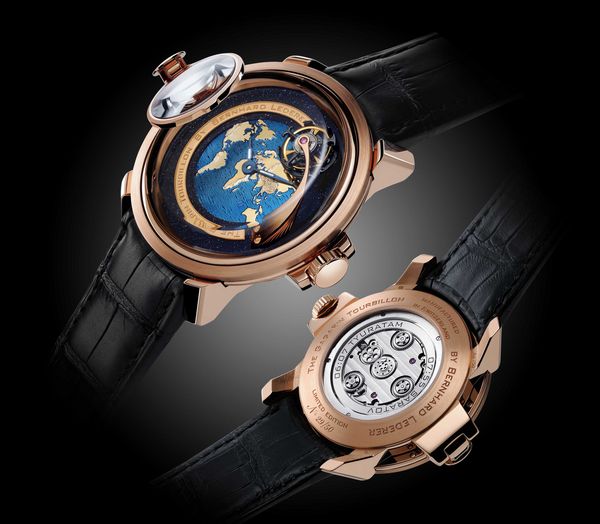 This watch was developed and manufactured completely in-house by Bernhard Lederer.

The dial is hand-engraved in solid gold with the colour of the oceans either in galvanic blue or black, with a scintillating outer dial in synthetic black diamond and with an integral magnifying glass ensures that all details of the dial and tourbillon can be fully appreciated. 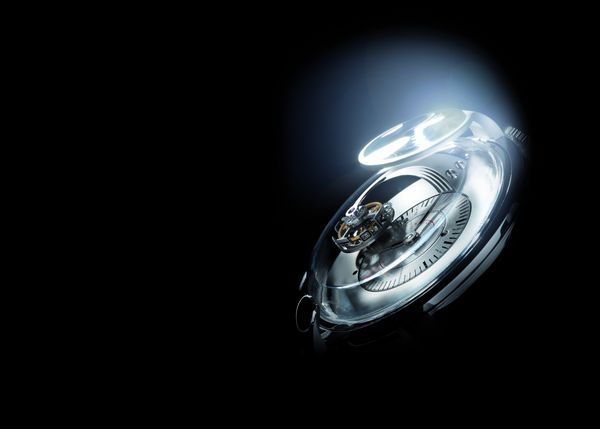 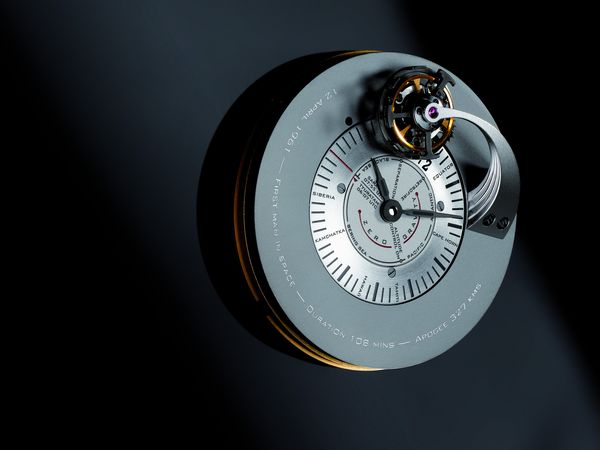 The tourbillon appears to be suspended by a sweeping bridge inspired by the large 25 m (82 ft) commemorative statue at Gagarin’s landing site near Engels. The tourbillon cage is formed by the word "VOSTOK" spelt vertically and curved around its perimeter. 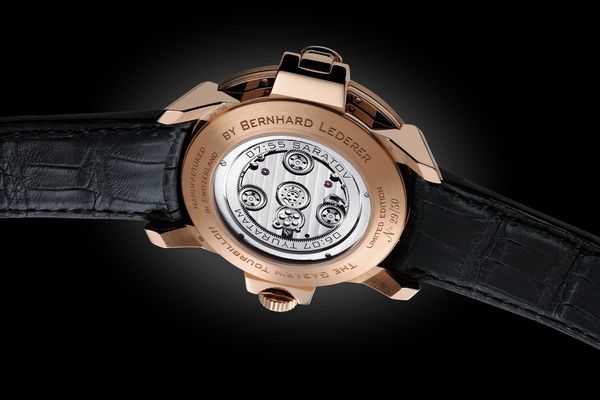 The mechanical movement is manual winding with three mainspring barrels providing a power reserve of approximately 80 hours and the back plate is hand bevelled with Côtes de Genève. This complex movement have 264 components and 35 jewels. 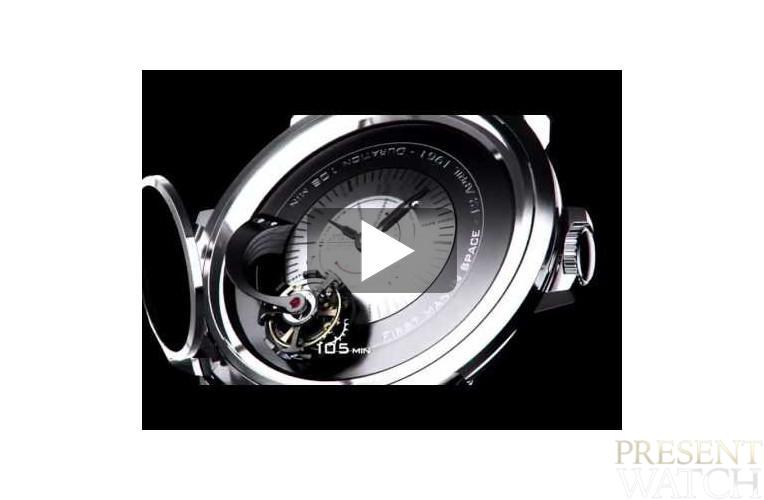 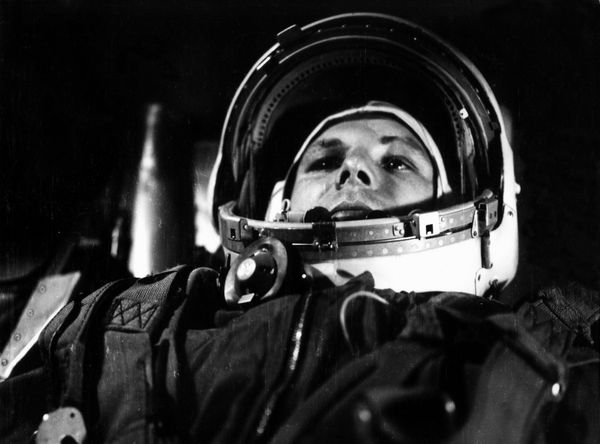 Yuri Gagarin was born on a Russian collective farm in Klushino, in the region now known as Smolensk Oblast, on 9 March 1934. The third of four children, Yuri's elder sister helped raise him while his parents were working. Like millions in the Soviet Union during World War II, the family suffered during the Nazi occupation.

In his youth Gagarin developed an interest in space. After working in a foundry, he was selected for a technical school where he joined the flying club and learnt to fly a small plane. After graduating, he joined the air force and qualified as a jet pilot.

While always interested in sport and keeping a high level of fitness, Gagarin's 1.57 m (5 ft 2 in) height gave him a significant advantage as a cosmonaut due to the Vostok's small capsule and in 1960 he was selected as one of 20 cosmonauts for the Soviet space programme. The following year Gagarin was selected to fly the first Vostok mission due to his performance, fitness, size and psychological stability.

After his historic flight, Gagarin became a worldwide celebrity. On the 27 March 1968, while re-qualifying as a fighter pilot, Gagarin and his instructor died in a crash. 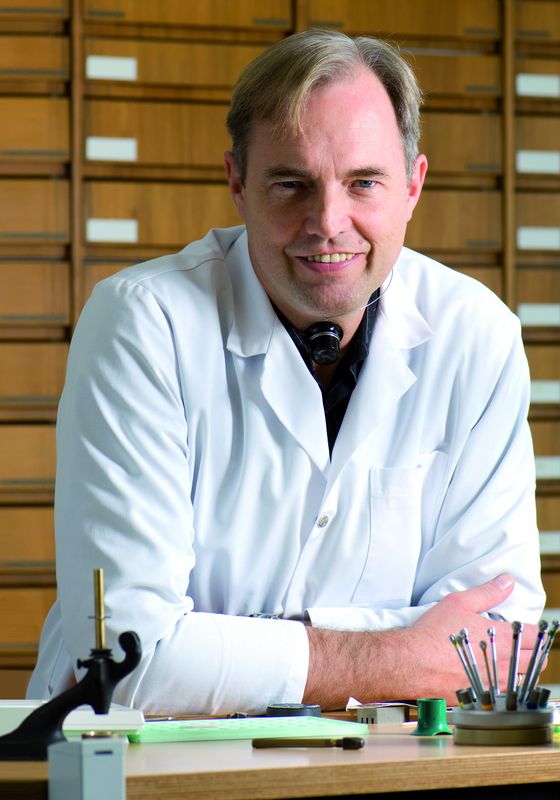 Bernhard Lederer was born in 1958 near Stuttgart, Germany. After a watchmaking apprenticeship he qualified as a Master Watchmaker in 1984 and opened an atelier specializing in restoration and developing his own timepieces. In 1985 Lederer became a founding member of the prestigious A.H.C.I. (Horological Academy of Independent Watchmakers).

Lederer’s innovative timepieces include a clock with a moon phase needing correction only after 1,000 years, and an award-winning sculptural clock called "Trojka”. A series of wristwatches with orbiting disks was awarded German Watch of the Year in 1996.

Bernhard Lederer’s philosophy is to create timepieces that tell the time without imposing it on the viewer, allowing the wearer to appreciate the beauty of time without being stressed by it racing by. 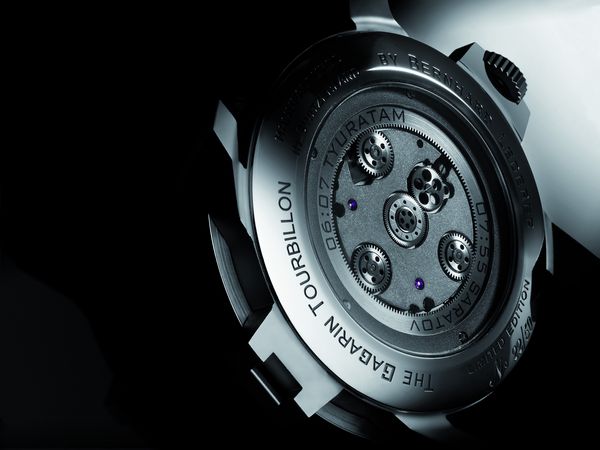 RETAIL PRICE:
On demand only

FUNCTIONS:
Hours and minutes
With a unique flying tourbillon

DIAL:
Hand-engraved in solid gold with the colour of the oceans either in galvanic blue or black
Micro-engraved text with highlights of Yuri Gagarin’s flight
With a scintillating outer dial in synthetic black diamond
Hours and minutes centered