"Accept only perfection. Only manufacture watches of the highest quality.”

The Baume brothers’ original maxim remains unchanged at Les Brenets, Baume & Mercier’s watch production atelier, located in the Swiss watchmaking arc. An ultramodern assembly unit where day after day, century-old watchmaking skills are executed amidst the panoramic fir tree landscape of the Jura region. A trip into the heart of this horological universe – the assembly atelier that gives life to Baume & Mercier watches.

HUNDREDS AND THOUSANDS OF PIECES
A watch is rather like a puzzle – a multitude of tiny pieces that once in the hands of skilled watchmakers are intricately pieced together to give shape to a new timekeeper.
Consequently, the management of components and spare-parts is the fundamental point of departure in the watch manufacturing process. This is where all in-coming supplier components are checked-in. They are controlled, conditioned and registered to ensure their total compliance with the brand’s high finish requirements. The culminating feature of this phase -the impressive safe where the hundreds and thousands of tiny pieces are vigilantly labeled and stored.

DIALS, HANDS AND AN IMMACULATE WORK ENVIRONMENT
The most delicate interventions take place in the first atelier: dial and hand settings, preparation and casing-up of movements. A difficult “open-heart” operation phase when the watches are most at risk and each hand-done task necessitates meticulous exactitude.
At Baume & Mercier, such interventions are carried out within a special zone of controlled air, known as “ZAC”. Here, every measure is taken to avoid dust or humidity; the key sources of potential watch malfunctions.

The air is permanently filtered and the temperature, humidity and pressure levels are finely regulated. No-one walks in or out of the “ZAC” zone without a static-free work coat that comes on and off in the airlock passage. But once inside, you are greeted by a very peaceful and luminous environment, where male and female technicians and watchmakers work with eye loupes at their bench tops. Each action is precise; each tool is carefully stored in a row. “We are all maniacs about even the smallest details,” Pascal Moulins, the Brenets production site director, laughingly admits. Watch movements are also regulated here to display optimal precision among a series of other tests including air and water-resistance controls of assembled watches.

FINISHES AND STRINGENT CONTROLS
Cased-up watches are then moved on to the adjacent workshop. No more controlled air zones here as the watchcases are now closed and air and water resistant so “immune” to exterior elements. However, they are subjected to harsh control measures to meet with Baume & Mercier’s strict quality standards. Each watch is individually tested. On one side of the workshop, mechanical watches revolve on winding machines to test their accuracy and movement power-reserve while on the other various function controls are carried out; time setting, date changing, chronograph functions and all other types of watch complications. Strict aesthetic controls are also carried out to detect even the smallest defects.

If a problem is identified, the watch is returned to the “ZAC” atelier where the watchmakers dismantle the case again for reparation. Quartz watches undergo thermic shock testing to reveal any hidden defects. Finally, each watch is labeled, the bracelet or leather strap is fitted and they are packaged and sent to the distribution center to be dispatched around the world to official Baume & Mercier distributors.

VINTAGE WATCHES LIKE NEW
The Brenets atelier does not only manufacture watches but it is also in charge of repairing vintage Baume & Mercier pieces that come in from the four corners of the globe. “Our philosophy: each Baume & Mercier watch is reparable”, explains, Pascal Moulins.

A timekeeper’s sentimental value sometimes exceeds its monetary value and reparations may cost several times more than the purchase price. But cost is sometimes irrelevant when the watch belonged to a close relative. The oldest piece to come into the workshop for a second lease of life? A watch from 1870 purchased by a watch collector. Most watches date from the postwar period, mainly the 70s. They are entirely dismantled and repaired, even if we have to remanufacture certain components!

Similar to History of Baume & Mercier 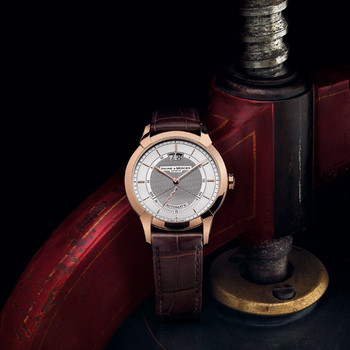 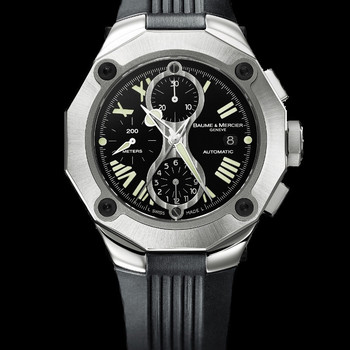 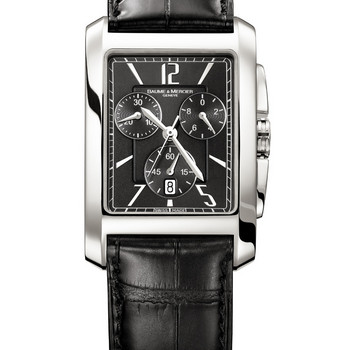 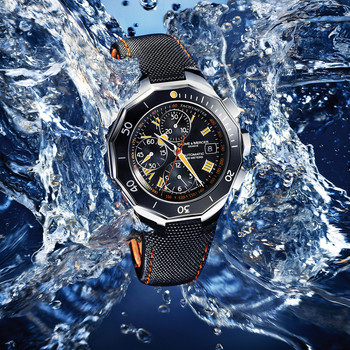 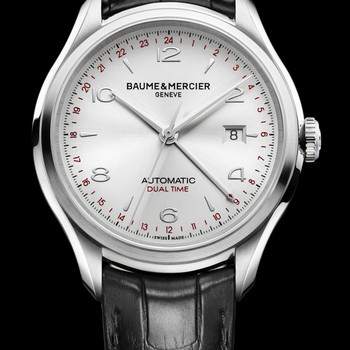