Blancpain rewards the owner of an exceptional horse

Inspired by a shared love of beauty and the tireless pursuit of perfection, Blancpain is partnering the World Arabian Horse Championship held in Paris (France), from December 12th to 14th 2008, on the occasion of the “Salon du Cheval de Paris”. 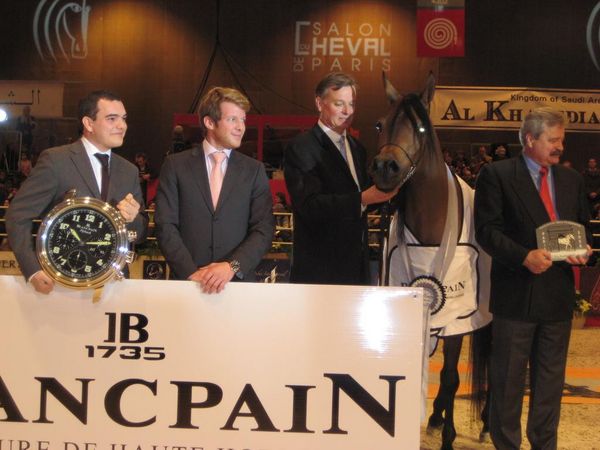 In awarding the Official Blancpain Prize to the Polish Stadnina Koni Yanow Podlaski, owner of Pianissima, born on January 13th 2003 and which earned the highest marks in
various trials, the world’s oldest watchmaking brand celebrates a discipline that combines beauty with elegance, qualities that also distinguish fine luxury
watchmaking.

The Official Blancpain Prize rewards an exceptional purebred Arabian horse and highlights the constant search for perfection and the philosophy of excellence binding
the equestrian world to that of the Manufacture in Le Brassus.