With the backing of official partner IWC Schaffhausen, the crew are making final preparations to embark on an adventure of unrivalled proportions, taking them 11,000 nautical miles across the Pacific Ocean from San Francisco to Sydney on a mission to beat waste.

The Plastiki will be drawing attention to the health of our oceans in particular the large amounts of plastic debris by showcasing waste as a resource and demonstrating real world solutions. The Swiss watchmaking company IWC Schaffhausen will equip the crew with the robust Ingenieur Automatic Mission Earth Edition “Adventure Ecology”.

The completion of his 12-tonne catamaran brings visionary thinker David de Rothschild a significant step closer to his goal. Soon his planned Plastiki expedition will take him and his crew from San Francisco to Sydney over a distance of more than 11,000 nautical miles. 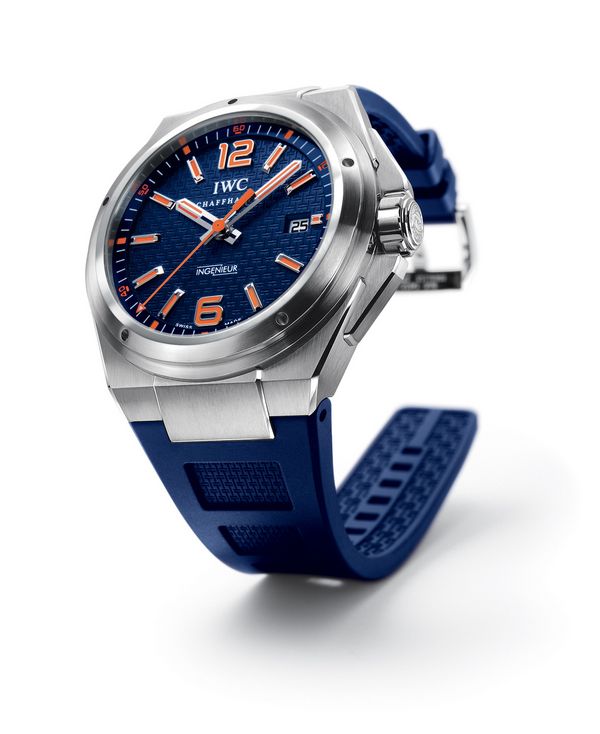 During this audacious journey, the Plastiki and her crew will explore a number of environmental hotspots such as; soon to be flooded island nations, damaged coral reefs and the challenges faced by our acidifying oceans and marine debris, in particular plastic pollution, in our oceans.

Through their expedition, David de Rothschild and his Adventure Ecology organization are seeking to remind mankind of the traces that we are leaving behind in nature day in, day out and to generate global awareness of the challenges in store for our planet.

Exhibiting inventive alternatives to conventional technologies, the Plastiki can be thought of as an “off-thegrid house” relying primarily on renewable energy systems that include; solar panels, wind and trailing propeller turbines, bicycle generators, a urine to water recovery and rain water catchment system and a hydroponic rotating cylinder garden.

David de Rothschild believes that nobody is as smart as everybody and by moving on from just articulating the problems to inspiring action for the solutions we can encourage the world to not only reduce, reuse, recycle but to rethink; making a smarter “Planet 2.0” way of living. A lasting legacy of the Plastiki expedition will be its capacity to shift public thinking and perception from plastic as the enemy to plastic becoming part of the solution.

The Plastiki hopes to demonstrate in its philosophical underpinnings and in practice that the list of solutions available is far greater than the list of problems. This unique expedition will not only set the stage for a historic adventure, but will also allow the Plastiki, her crew, partners and followers to deliver a spectacular, global, “Message in a bottle.”

Message in a bottle David de Rothschild has successfully cleared the first hurdle with the building of the avant-garde Plastiki. Following successful sea trials in San Francisco Bay, his sailing catamaran is about to be formally named in a Polynesian ceremony.

The world’s leading engineers, naval architects and sustainability experts have realized his visions and accomplished astonishing results. The Plastiki is engineered almost entirely from 12,500 reclaimed plastic bottles that provide 68 % of the boat’s buoyancy, a uniquely recyclable and largely unexplored plastic makes up her super structure, the mast is a reclaimed aluminum irrigation pipe, the one-of-a-kind sail is handmade from recycled PET cloth and secondary bonding has been reinforced using an organic glue made from cashew nuts and sugar cane.

A crew keen for adventure The hand-picked crew will be issued with watches during the launching ceremony. IWC Schaffhausen, the official partner of the Plastiki expedition, has dedicated a watch to the mission, one as elegant as it is robust – the Ingenieur Automatic Mission Earth Edition “Adventure Ecology”. The permanent members of David de Rothschild’s crew include the internationally renowned skipper Jo Royle, a professional yachtswoman and experienced racing skipper.

Similarly impressed by the Expedition is Georges Kern, CEO of the sponsoring partner IWC Schaffhausen: “David de Rothschild deserves our great respect and support for his inspirational ideas. We are pleased to join him on board his breathtaking expeditions to the planet’s most vulnerable ecosystems and to play our part in raising awareness of the consequences of human action.”