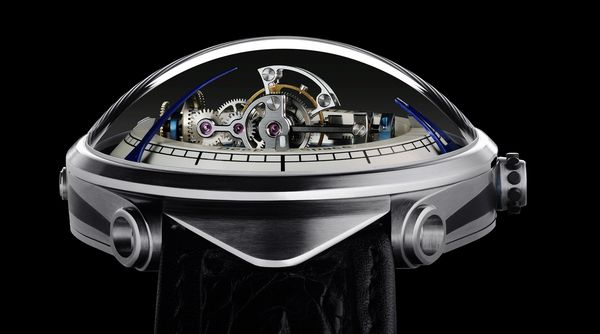 A WATCH FROM ANOTHER GALAXY

Vianney Halter launches its new watch (long overdue) during Baselworld this was one of the most spectacular pieces submitted this year: The Deep Space Tourbillon 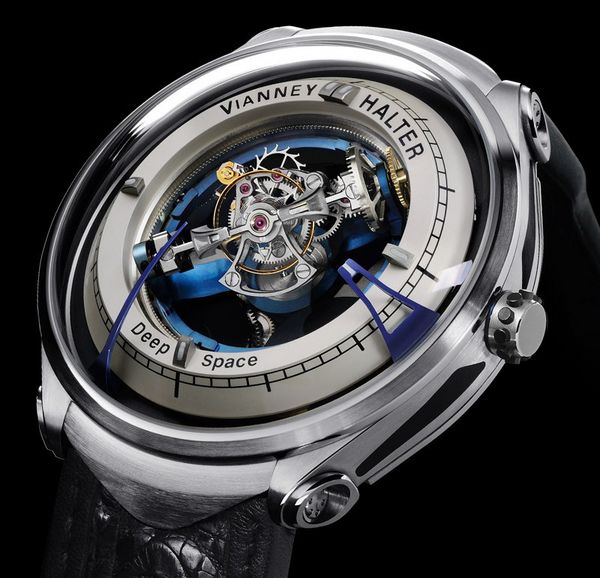 Vianney Halter had found inspiration in Star Trek and 2001: A Space Odyssey, and the result is simply out of this world. A wrist watch that appears to come from a distant future. 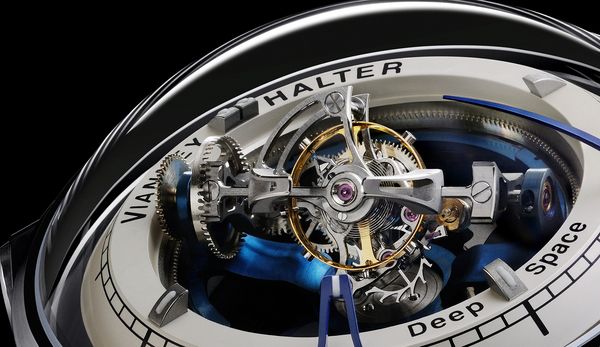 HOW COME NOBODY THOUGHT OF IT BEFORE ?

The tri-axial tourbillon occupying the center of the scene, like suspended in space, whereby the mechanical rotations sweep the team space by inventing rarely identical positions, thanks to Their panned desynchronization . 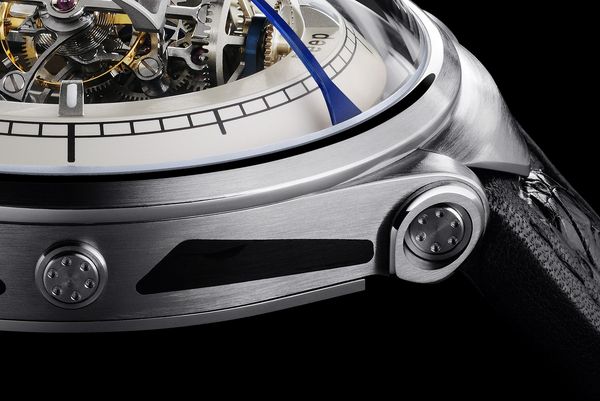 SOME WATCHES JUST CATCH YOUR EYE - THIS IS ONE OF THEM

The frame of the tourbillon contains the balance, the pallet and the escapement wheel, turns in only 40 seconds. The mechanism is installed inside an ultra-light structure which itself turns in 6 minutes around a second axis which is perpendicular to the tourbillon frame. The ensemble is in suspension in a barrel, which, following the 3rd axis, makes its rotations in 30 minutes. 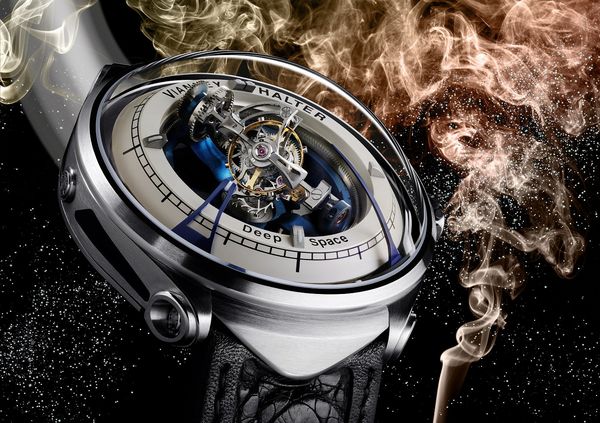 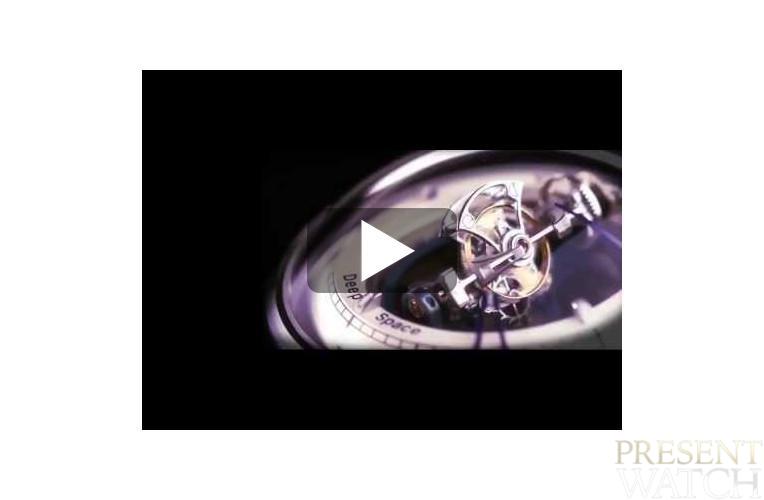 Only one hundred pieces will be manufactured

Similar to Discover the Deep Space Tourbillon from Vianney Halter