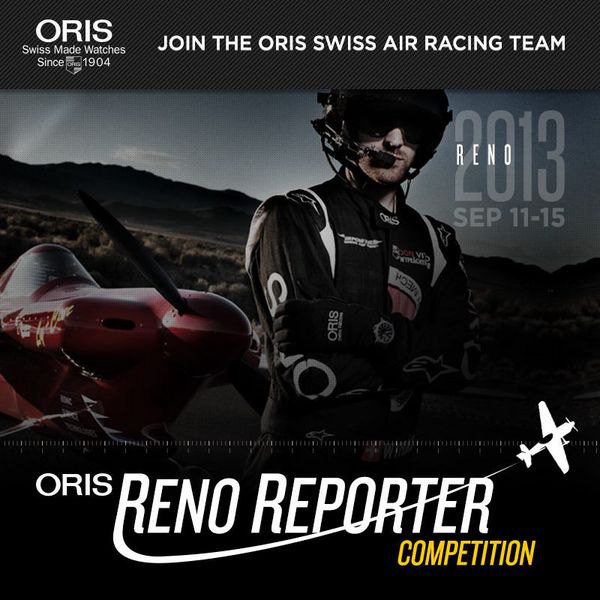 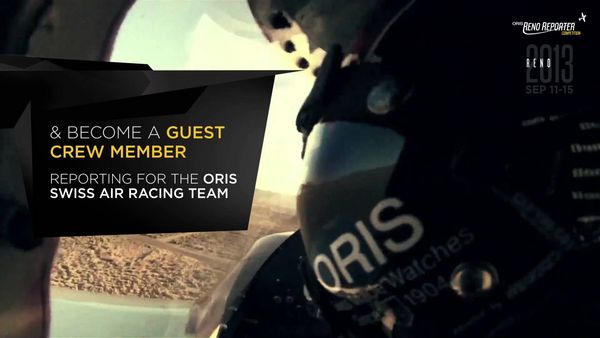 This is a unique opportunity to be involved with the Swiss Air Racing Team during the Reno Air Races 2013 and to provide journalistic coverage of the team's progress during the race as well as reporting on behind the scenes developments. In addition the winner will be invited to Oris exclusive event during the race.