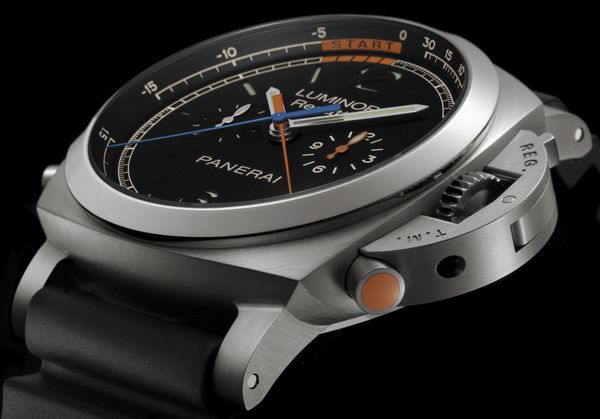 A MOMENT OF REMARKABLE BEAUTY

With the Regatta countdown function was specifically created for yacht racing starts.

Presentwatch presents one of the new models just released at SIHH 2013:

The boats gather together at the starting line between the buoys, and at this point they are in the hands of the wind and the skill of the captains and crews.

Timing is crucial: in the minutes preceding the start, marked by the ritual of the strict countdown of the judges’ flags, the Lords of the sea must line up behind the buoys without crossing the imaginary line before the start.

From the union of Officine Panerai and the world of classic sailing the Luminor 1950 Regatta 3 Days Chrono Flyback Titanio was born. 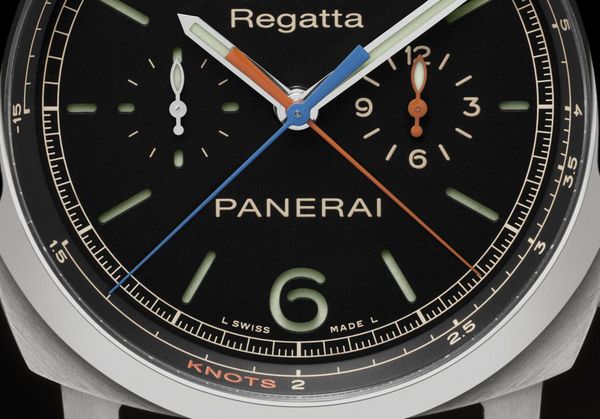 This is a chronograph with an automatic movement and a three-day power reserve, fitted with the Regatta countdown function, specifically created for yacht racing starts.

The remarkable simplicity of using the Regatta countdown function is evidence of the excellence of the technical innovation achieved by the new P.9001R automatic chronograph calibre of the new Luminor 1950 Regatta 3 Days Chrono Flyback Titanio.

An orange push-button at four o’clock moves the central orange chronograph minute hand back one minute at a time, until it is at the correct position in relation to the length of the countdown.

On starting the chronograph, by pushing the chronograph stop/start button at ten o’clock, the relative hands begin to move, indicating first the minutes and seconds remaining until the start, and then, when the countdown has finished, the time elapsed since the start of the race.

The push-button at eight o’clock ends the time measurement, returning all the chronograph hands to zero.

Alternatively, if it is operated while the hands are still moving, it activates the return-to-zero (flyback) function, thus enabling a new time interval to be measured immediately without operating the stop and reset buttons. 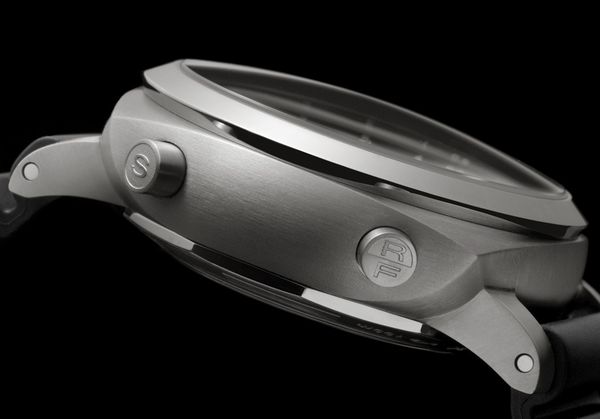 The black dial of the Luminor 1950 Regatta 3 Days Chrono Flyback Titanio has the sandwich structure and the classic Panerai design distinguished by the large linear hour markers and figures, enriched by the elements enabling the indications of the chronograph functions to be read.

The chronograph hands are central and distinguished from each other by being of different, easily recognised colours, while the orange hand recording the hours turns within the small dial at three o’clock, mirroring the small seconds dial at nine o’clock.

The flange carries the scale of up to 15 minutes for the countdown to the start, with the five final minutes picked out in orange, and also the tachymeter scale expressed in knots, enabling the speed of the yacht to be measured over a defined distance. 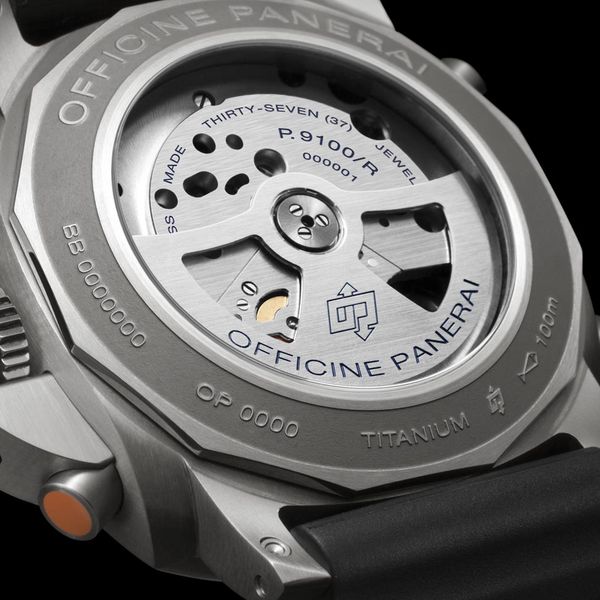 STRAP PANERAI
Personalised rubber strap and trapezoidal brushed titanium buckle
Supplied with a second interchangeable strap, a tool for changing the strap and a steel screwdriver