During the Baselworld 2013, we had the privilege to enjoy a one hour private meeting with the watchmaker Thomas Engeler

During the Baselworld we had the privilege to meet Thomas Engeler, one of the founder of Pierre Thomas Geneve. It was and a very interesting meeting, maybe the best one along with Steven Holtzman from “Maitres du temps” (We will publish it soon). If you wonder why it took so much time to publish it, it is only because some of our material was lost on our way back from the Baselworld 2013. Miracles happen as we received our lost bag during August, almost 4 months after!

Anyway, we hope you will enjoy it as much as we enjoyed talking with Thomas Engeler, a passionate person and a great watchmaker.

(All pictures are the property and copyright of PresentWatch, Baselworld 2013, except front visual and salamandre tourbillon, property of PT Geneve)

History and background of Pierre Thomas

We are two people, Pierre and Thomas. Pierre, this is my partner, Thomas, is myself. The two of us have created this brand five years ago but we have been working together for fifteen years. 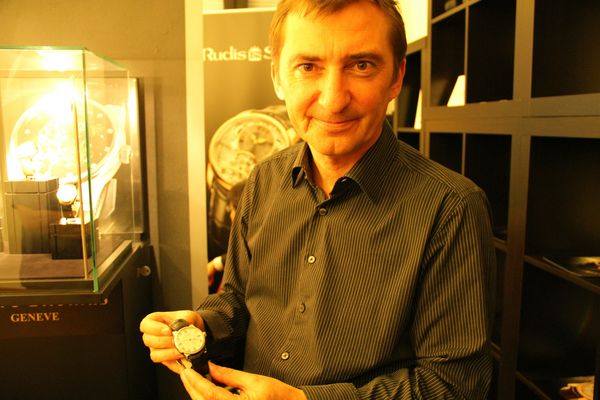 It was launched with the idea to create a truly traditional brand with a very unique and special touch. My colleague Pierre found in the Jura region, (as you know the watches really come from Jura , made by peasants who were in the field during summer time to feed the animals and creating automates during the winter.

15-20 years ago you had walls with 3-4 feet of snow , I'm not exaggerating , you could hardly see houses! So they had to find an occupation, as they were almost not able to go out or do anything else.

So as I was saying, Pierre found it someone's home very old movements that were drafts in Fontainemelon, a real treasure.

In fact, after this “artisans” watchmakers and home made clock period, a major brand named Fontainemelon started to create timepieces in larger quantities, somehow semi-industrialized, but each piece was unique!

There was a real workflow, using repetitive basis, but as we were not very strong in machining and precision, we did not want to mix a part A with a part B for example, so each piece was made to fit another specific piece. Now it is a different world, it is very easy to produce in big quantity thanks to exceptional machines. So these people began to make large-scale production but only for pocket watches.

So here is an example of real vintage movement we found, and we use to create our small quantity of high-end and hand made wristwatch. 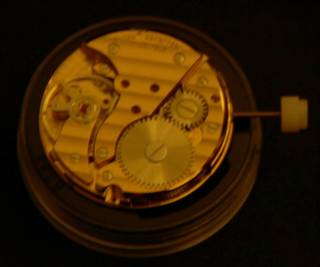 The old parts were called in watchmaking “drafts” produced by peasants and then given to different watchmakers who where in charge of the finishing, polishing and making sure that all the components were well adjusted. So as you can see each piece is independent and unique, I would say. If we take one piece from a movement and we put it to another movement, there is nine chances out of ten it simply does not work, it’s a fact.

“Automates” or movements were sent to the watchmakers, always by 6 or 12, in boxes, a bit like when you go to the shop nowadays to buy eggs! It is funny but it is true, it was a village activity, to pass the long and cold winters.
The pocket watches and movements you can see on the table are the ancestors of Swatch to say so, (laugh) 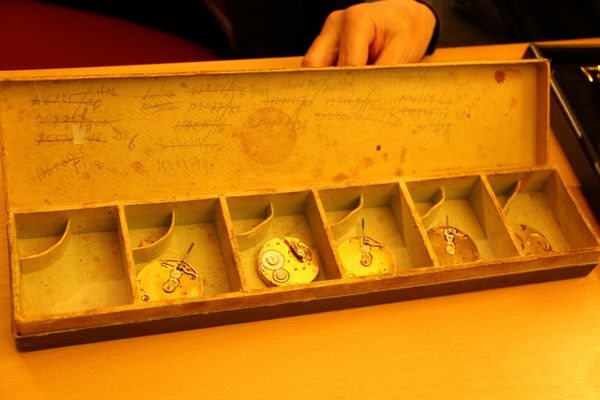 Also you can see that the movements are pretty big compare to what you can found on the market today. And this is also why all our watches have a pretty big case, but it gives a real “unique touch” to our production, most of them are from 1870!

Why did you start to use these movements? You could have created a museum with it?

Well, instead of other watchmakers producing wristwatches from A to Z like most of the brands (including some time 5-6 years of R&D for reliability) we thought it would be unique to do so and also a good way to provide very reliable and precise watches to our clients, these movements are really strong and well built. It is our great industry leader Mr. Claudio Frapolli who is in charge of adjusting each movement we use so we can make modern watches, but with a real vintage movement.

Look, there is a pretty big work with the movements to be honest, and the reason is simple – In the past people simply didn’t see the movements, and they only wanted to have time, they didn’t care much about how the movement looked like inside the watch, they cared only about the “visual” aspect of the watch. Now it is a completely different story, you need a reliable watch, with a nice design even for the movement, people care about what is inside, for the beauty of the mechanism lets say.

Our timepieces are sort of vintage from a movement part, but the finishing is modern, giving it a unique style.

What is you personal background?

I worked ten years at Piaget, seven years at Patek Philippe where I started a watch department.

I decided to start my own business after that. We took these movements and they were completed so we can go to production.

I am very demanding, and in addition of using these vintage movements, I wanted to work a lot on the “case”, let me explain you why. When you have a small wrist like me, you might have a constant problem with big timepieces, it will never be comfortable, neither fit well on you. We are speaking about 49 mm diameters case! It is pretty rare on the market, 48 mm yes, but 49 mm is rare. 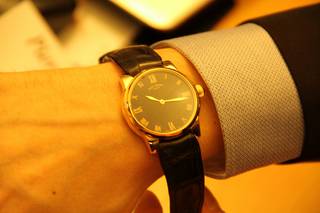 How do we do? Well, all our pieces are bent as you can see, look, it's pretty obvious if you look at it. Therefore all our models are like that. And what 's amazing is when it is rotated, it seems that it is hollow, but it is an optical effect that makes the design of this timepieces simply unique

It gives as nice effect cause in fact the glass is not round, it is oval if you prefer. It is a LOT of work, you have to be crazy to do so, but this is what I wanted to achieve. To make one case, we start with five hundred grams of pure gold, and we end with one hundred fifteen or one hundred twenty grams.

We have only 300 movements, signed, so we can make up to 300 pieces only, numbered from 0 to 300. If there was a big demand, we could do more but we would have to build more movements based on the vintage Fontainemelon we have.

As we said some movements are from 1870, so some parts can be damaged. So we build tourbillon in it, which as you might know is one of the most demanding and complicated parts to achieve in the art of watchmaking. Even more complicated, we have placed it at 8 hours, it is placed at eight contrary to what other watchmakers do, and they generally put it at six hours. (Breguet it is noon, some other manufacturers it is at three hours).

We really wanted to highlight the simplicity and sobriety, keep the simple side, as were the antique watches or pocket watches in the past, very simple watches with a white dial and small index for all models.

This simplicity remained the principle of Pierre Thomas; this is our soul and our motto. Returning to our tourbillon, what is extraordinary is that it is 16mm in diameter, and it is one of the few that you see running on the market, it has two arms only. 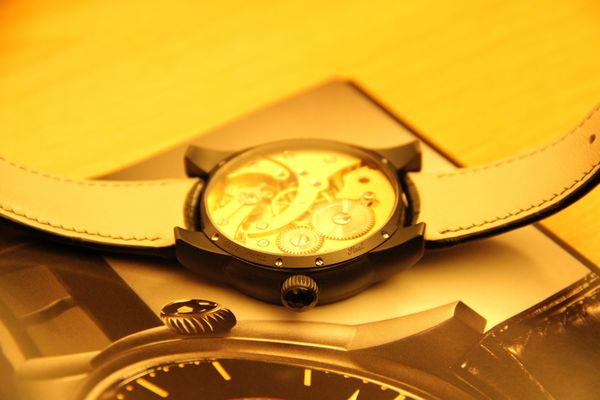 This is a real man watch but the women are crazy about it, maybe it is a matter of design.

This is real art, very high-end work. What I am very proud of is that for each piece you have a unique movement, which has a real story and history, an historical movement using a tailor made modern tourbillon, using today's design, and a big technical quality.

After-sales service? How does it work?

We still have more than hundred movements we didn’t use and we fixed the production of the tourbillon mechanism to 100 pieces, because with the 40-50 components that we still have here or there, we could fix and repair any model we will sell, this is our commitment! But to be honest and to conclude, those movements are really strong, maybe the strongest you can find on the market even if they are vintage. You will have no problem to pass your timepiece to your kids, and to the future generations, this is an investment, and a new member to your family!

Tourbillon Salamander Ref. TB No.11 Price ON DEMAND ONLY

The Pierre Thomas Tourbillon Salamandre, unique model (and very impressive when you see it for real, thank you!) 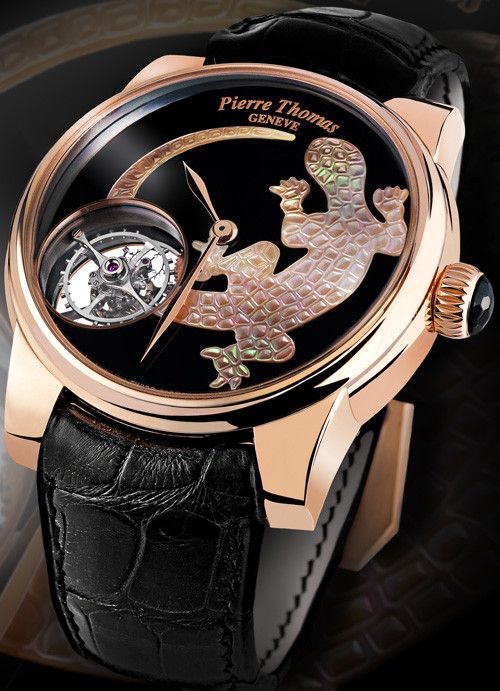 Dear Thomas Engeler, thank you for this very unique interview and the wonderful work achieved at Pierre Thomas Geneve!