Graham presents the magnificent Geo.Graham Tourbillon Orrery watch with a view of the solar system 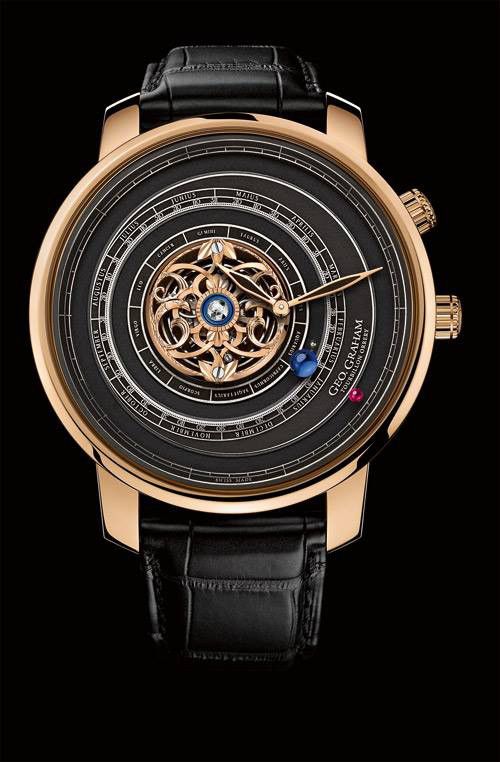 Graham has produced the Touribllon Orrey, an planetarium watch to celebrate the 300 years of the Orrery with a moving earth, moon, and mars display. 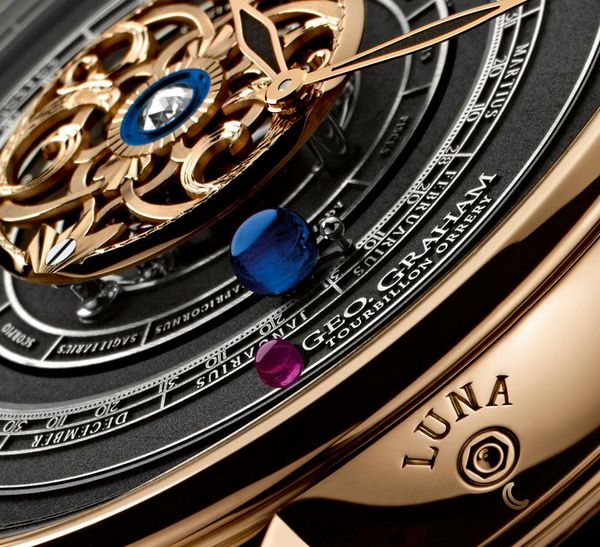 A CELEBRATION OF THE 300 YEARS OF THE ORRERY

The Geo.Graham Tourbillon Orrery is a tribute to the 300th anniversary of the invention of the Orrery, the mechanical solar system model created by George Graham in 1713. 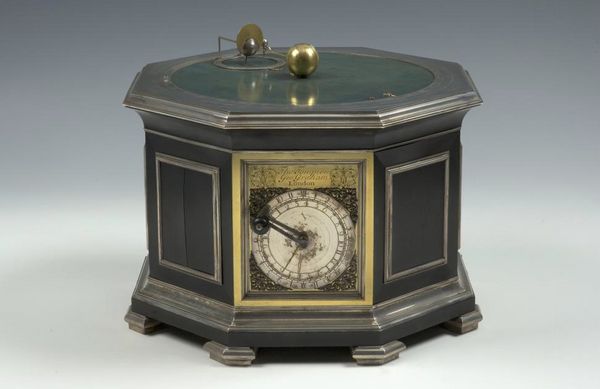 It’s actually more than a wristwatch, it is also an orrey, a device that shows the relative positions and motions of bodies in the solar system using balls moved by clockwork. 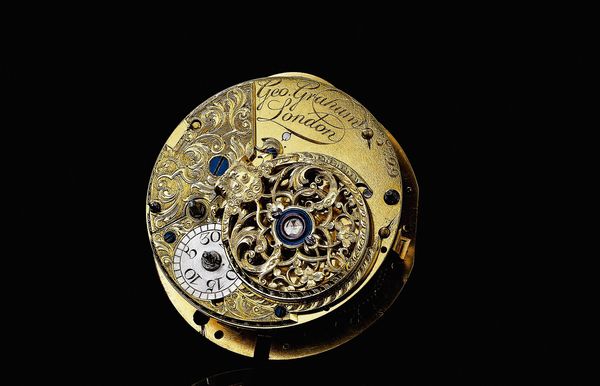 The movement that powers this timepiece was made exclusively for Graham by Christophe Claret. Its accuracy is exceptional: The earth revolves at exactly 365 ¼ days so there is no adjustment for the leap year. Corrections to the orbital patterns are minimal and are planned and indicated on the back of the watch. For the moon it’s every seven years, for Mars it’s every 25 years and for the earth (wait for it) every 1,152 years. The moon and mars have self correcting indicators. The orrery should be functional for 300 years before needing to be taken to a watchmaker for a minor adjustment to the perpetual calendar. 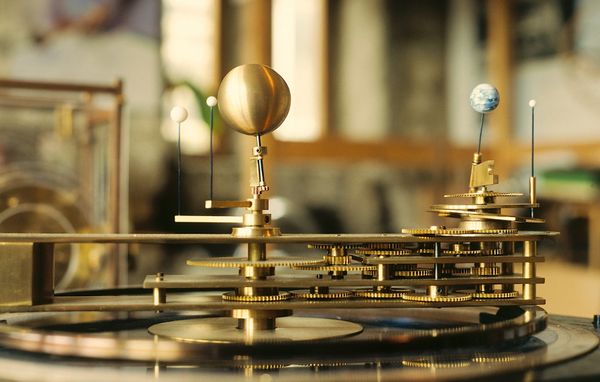