Luxury watches and timepieces for aficionados and connoisseurs

Amongst watch aficionados, Armin Strom's name is practically synonymous with the highest level of hand-made skeletons and watch engraving. An exclusive series of skeleton watches is now being created in Biel, under the watchful eye of the master and on the basis of these decades of tradition. At the same time, a collection is being launched under the new "Armin by Armin Strom" label, which is geared to modern tastes and has a technical orientation.

Armin Strom AG was founded in 2006 and is based in the watch-making centre of Biel. The main investor is the well-known Burgdorf industrialist, Willy Michel. At work is a motivated crew whose average age is much lower than the norm for the industry. Targeted investment in state-of-the-art production facilities has allowed the young firm to be increasingly independent of suppliers.

The aim is to exist as an actual manufacturer and to make watch movements entirely developed by the company. The company's plans are long term – it is aware that it takes several years to build up a reputable brand and a highly regarded, quality production and design department.

The firm offers a watch collection under the "Armin Strom" brand whose movements are enhanced with various levels of hand engraving or partial skeletons, up to a fully hand-made skeleton watch. Understatement is in demand nowadays, which is why the skeleton movement is often only visible on the back. The watches are meticulously executed; Armin Strom has always been uncompromising where quality is concerned.

The newly launched label is called "Armin by Armin Strom", with the emphasis on proprietary manufacture. However, it also represents the modern style of movement embellishment, without neglecting important traditional values. A young, superbly trained and highly motivated team creates new collections emphasising a modern, technical image. "We intentionally try to blend tradition with new, innovative methods," explains Serge Michel, Managing Director of Armin Strom AG. "And provision is being made for transfer of know-how – Armin Strom himself trains the junior watch-makers in-house."

The first step on this path was taken in 2008, with introduction of the regulator in the Four Elements models, under the new "Armin by Armin Strom" label. Based on a standard movement, the complete construction of a regulator with an off-centre arrangement of seconds, minutes and hours, as well as a retrograde date display, was developed and produced "in-house" for the range, all with a modern appearance, including a striking polished or brushed titanium casing. The manual winding movements are beautifully engraved – the name Armin Strom is an obligation - and can be admired through the glass back.

"We still have a few tricks up our sleeve," says young watch maker – constructor Claude Greisler who is responsible for designing new models. "Our own movement has reached a decisive stage, but it will be some time before we can achieve final introduction and subsequent mass production."

Who is Armin Strom?

Armin Strom is a true old-school gentleman, characterised by modesty and reticence, but also by healthy ambition and honesty. He describes himself as an "artisan de montres haut de gamme", as a top-of-the-range artisan watchmaker. Strom can look back on a rich body of work in the field of luxury timepieces. His speciality is hand skeletonisation – he has created more than 200 individual pieces in the last 25 years.

Even as a boy Armin, born in 1938 in idyllic Lotzwil, was fascinated by the craftsmanship of a watchmaker, with whom he first came into contact when visiting a friend of his father's. He consequently trained as a watchmaker's apprentice in Berne, and then won his spurs in various watch businesses, building the foundations of his wealth of experience.

He purchased his own shop in Burgdorf in 1967, which became his workshop until 2000. Here he created his specialities, which earned him a group of admirers scattered throughout the world. Interest was generated by countless reports in specialised media. Customers often made special requests, on the basis of which highly personalised "made-to-measure" watches were created. Strom delivered every watch personally, anywhere in the world. "I devote weeks of work to my timepieces, so I can't just pack them into a box and hand them over to the postal service," was Strom's justification for the expensive delivery process.

The watch industry has also been happy to utilise Armin Strom's unique abilities. He has made small ranges with skeletonised movements for various manufacturers.

With great care and finesse, the skeletoniser removes all the superfluous parts of a watch movement. Parts of bridges and plates are removed using a fretsaw, after which files and scrapers are used to work the seams and wheels.

These filed edges are then angled to create a fine surface again. The parts are then hand engraved and gold or rhodium plated. "There is no apprenticeship for this technique, you have to teach yourself.

Watchmaking is a job for patient people, and only the most patient will dare to tackle skeletonisation," explains Armin Strom. He is now training juniors himself, so that his knowledge is preserved for now.

Similar to History of Armin Strom 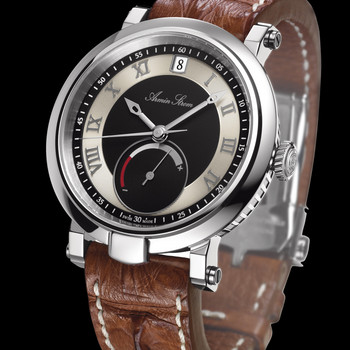 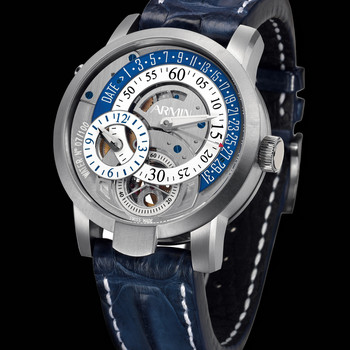 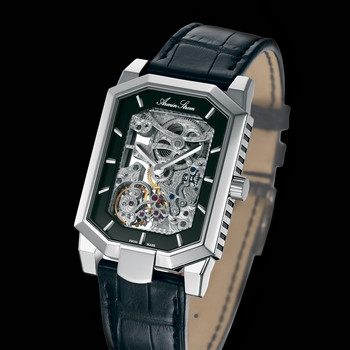 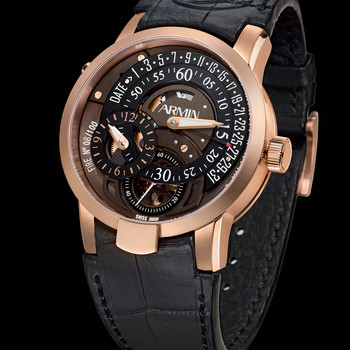