2008 : A new century brings new times and new
aspirations. Concord has made a drastic brainstorming in terms of innovation and creativity to give a new identity that moves away from its original roots. 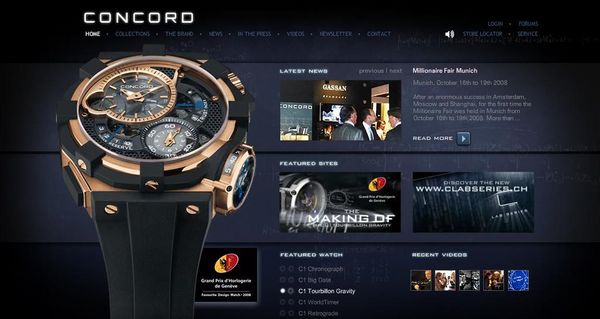 The brand brings wants to bring an avant-garde vision of watch construction to international watchmaking circles—original and demanding.

2007 : introduction of the new C1 collection.
A Radical change in many ways, it defines a complete new
Concord profile - "sophisticated, refined and
technologically advanced"

On the eve of the brand’s 100th anniversary
– Concord is cultivating uniqueness, reinventing performance and making exclusivity a principle.

2006 : Concord proudly celebrates the 20th Anniversary of Saratoga® with a commemorative series of one-of-a-kind watches in solid 18K gold. The bracelet of each piece is elegantly adorned with diamonds set in a striking design that is shared by only two timepieces - one fashioned of warm, rich 18K rose gold; the other crafted of cool, pristine 18K white gold. Further extending the elegant Delirium Collection, Concord Concord adds Limited Edition Skeleton Réserve de Marche and Retrograde styles.

Combining rare and exotic materials with sophisticated styling, the new Concord Mariner® Coral Collection is a passionate expression of natural artistry and integrated design. Offered in shades of coral, blue and green and highlighted by brilliant diamond markers, each dial is a unique mosaic of ancient saltwater stone, 350 million years in the making, harvested from remote underwater caves...

2005: Concord introduces the beautifully updated Mariner Collection, imbued with a sportive sense of luxury that is rich in heritage and refined in appeal. Epitomizing watch making at its best, Mariner's trademark 12-sided bezel becomes a signature geometric motif reprised in many of the design’s unique details, including the shape of the screws and diamond settings.

2003: One of Concord's most popular families is extended with the introduction of the Concord La Scala Tonneau, a line of elegant stainless steel and 18K gold timepieces distinguished by gracefully curved cases.

2002: Drawing inspiration from its time-honored past, Concord premieres the new Saratoga, a striking re- interpretation of one of its most enduringly popular watch designs, at the Basel 02 fair.

2001: On the forefront of style and color trends in women's watches, the Concord La Scala Steel and Diamond Chronograph style brings a brilliant blend of fashion, function and
fine Swiss craftsmanship to the luxury watch market.

2000: The geometric lines of the popular La Scala take on a cool, modern edge with the debut of the La Scala Steel, a stylish stainless steel interpretation of the original design.

1995: Unveiling of an exclusive, original single piece in the Saratoga collection, the Concord “Saratoga Exor”, featuring a highly complex tourbillion mechanism in a platinum case set with diamonds.

1994: introduction of the Concord “Papillon” collection - watches of a tantalizing elegance. Ladies could give rein to their own flights of fancy, by adding butterflies to the leather strap version of the watch.

1992: The sensation of the year is the “Mariner V Centenario” collection, a limited edition of five unique original pieces with exceptionally complex mechanisms. Shortly before the exhibit opened to the public, the entire collection was sold for the fabulous sum of Sfr. 3.2 million.

1991: The Concord “Sirius” is unveiled for the first time at Basel’s international watch fair. A men’s platinum watch with 295 diamonds of the highest quality, totaling 64.16 carats.

1986: Concord creates a new leadership collection, the Concord Saratoga, an elegantly sporty style designed with an attention to detail which makes it an artistic masterpiece of symmetry. It is a perfect illustration of the root meaning of “concord” - harmony.

1980: introduction of the Concord Mariner, a breakthrough design that unites the functionality of a sports watch with the refinement of a dress watch, launching the sport elegance category. Debut of “Delirium II”, the world’s thinnest skeleton watch: less than 1.5 mm thick. Shortly afterwards came the launch of “Delirium III”, the world’s most slender ladies’ watch with a total surface of less than 65 % of that of the men’s watch. Before the year ended, Concord crashed through the 1 mm barrier with the 0.98 mm “Delirium IV”, establishing a new world record for the world’s slimmest watch.

1979: The launch of the “Delirium I” makes headlines worldwide as the flattest analog watch ever made, the first ever to have a total thickness of less than 2 mm (1 .98 mm).
This marks the beginning of the global trend for elegant flat watches.

1970: Gedalio Grinberg takes over the Concord Watch Company SA and integrates it with the North American Watch Corporation, which has its head office in New York.

1968: An independent organization conducts a survey to assess consumer awareness of watch brands in the luxury segment. Concord ranks sixth.

1946: Production of the first wristwatches made from coins.

1945: U.S. President Harry S. Truman presents Concord clocks to Churchill and Stalin, on the occasion of the Potsdam peace conference.

1909: Founding of a subsidiary company in New York.

1908: Founding of the Concord Watch Company SA in Biel, Switzerland, to produce high quality watches, in particular for the American market.

Similar to History of Concord 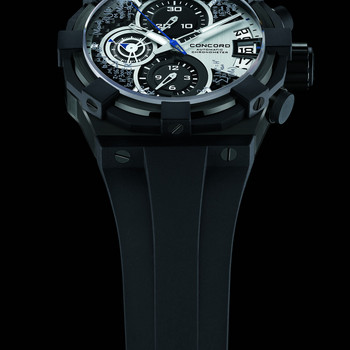 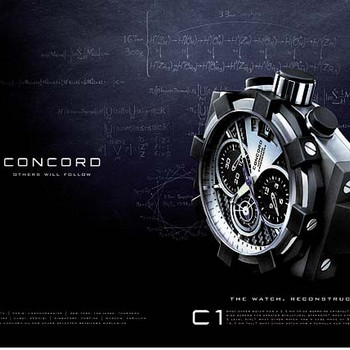 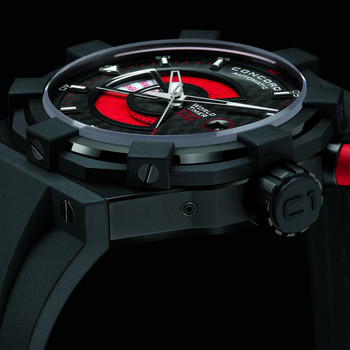 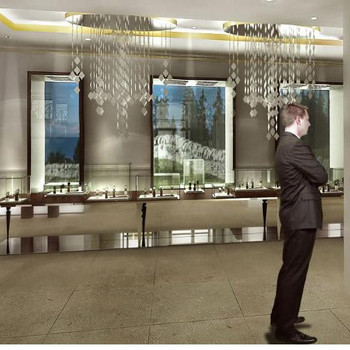 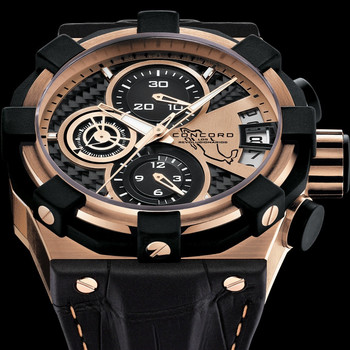