Jaquet Droz and its latest 2012 creation:

The Bird Repeater is an authentic automaton, with a cam system directly inherited from the century of Enlightenment, and it calls upon the resources of all the decorative crafts of the Jaquet Droz Atliers d'Art, La-Chaux-de-Fonds.

Jaquet Droz has also given The Bird Repeater one of the most virtuoso complications:

Simply pressing the pushbutton makes the watch strike the hours, quarters and minutes and sets a series of 8 wonderful animated sequences in motion.

The resonance and mellow tone of its cathedral gong are equaled only by the complexity. 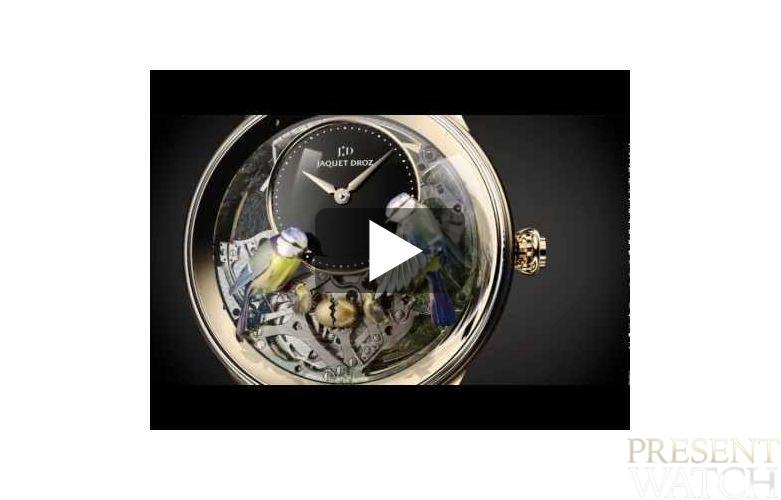 Similar to THE BIRD REPEATER - VIDEO