Another 2013 surprising challenge created by Romain Gautier: The Logical One 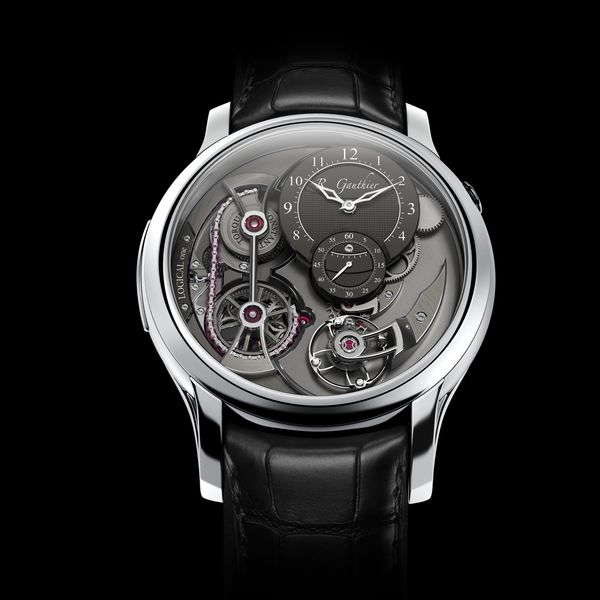 The Logical One will be without any doubt one of the most amazing and meticulously engineered timepiece produced in 2013 and created by Romain Gauthier.

A timepiece with a technology breathtaking, so complicated and yet so simple. Once again the manufacturing Romain Gauthier leaves us spellbound with another piece to take your hat:

The LOGICAL ONE by Romain Gauthier

"Coming from an engineering background, it appeared strange to have a high precision machine forced to run at varying power levels. So I started with the premise that it would be better to have constant energy". 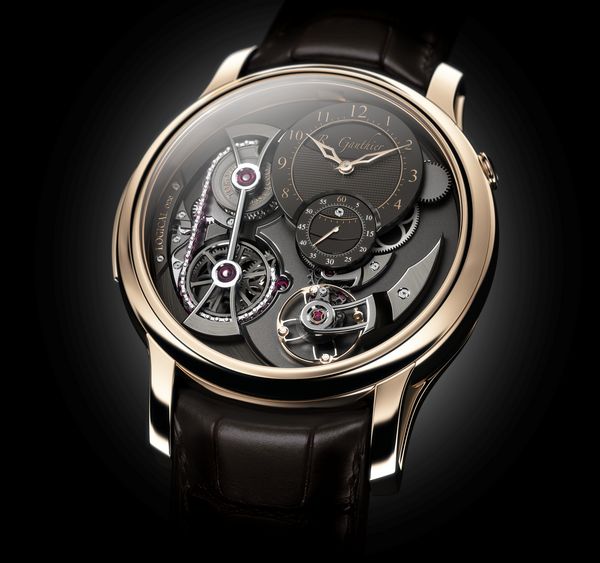 The vast majority of machines run on constant force: Cars and planes don’t start running slower as fuel runs low and machines receive the same voltage no matter how much electricity is produced.

Yet the power that runs and regulates the vast majority of high precision mechanical timepieces varies greatly according to the state of wind of the mainspring.

Constant force is one of the holy grails of horology and with Logical One, Romain Gauthier has reinvented the chain-and-fusee − one of the oldest and most traditional methods of supplying constant force to a watch/clock movement − making it both more reliable, more effective . . . and more constant. 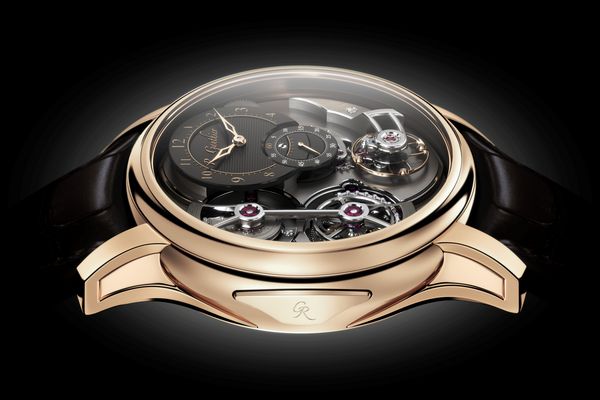 A fusee (‘fusée’ is French for cone) is a cone-shaped pulley wound with a cord or chain that is attached to the mainspring barrel.

Fusees have been used since 15th century to improve timekeeping by compensating for the diminishing torque/power of the mainspring as it ran down.

The first fusees used fine cord; however, as technology enabled the manufacture of ever-smaller chains, these replaced cords because chains transmit power more efficiently. But the traditional chain and fusee has two inherent problems:

1 - The multiple layers of chain (often eight turns) on the fusee mean that the individual links have to be small, which means that they are relatively weak.

2 - The chain is often transmitting force between the fusee and mainspring barrel at an angle, which is both inefficient and adds stress. 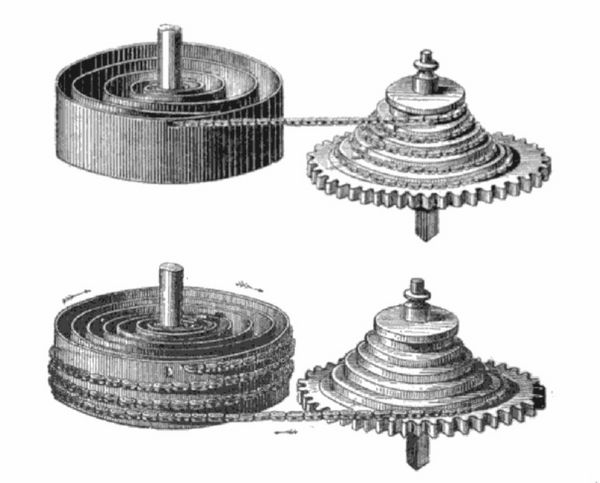 REPLACING THE FUSEE WITH A SNAIL CAM

Romain Gauthier solved both problems by replacing the fusee with a slowly rotating snail cam, which is situated at 10 o’clock to the left of the hour/minutes dial.

As the snail cam and mainspring barrel are on the same level, the force is always transmitted in a straight line and, as only one short line of chain is needed, the links can be bigger and stronger. 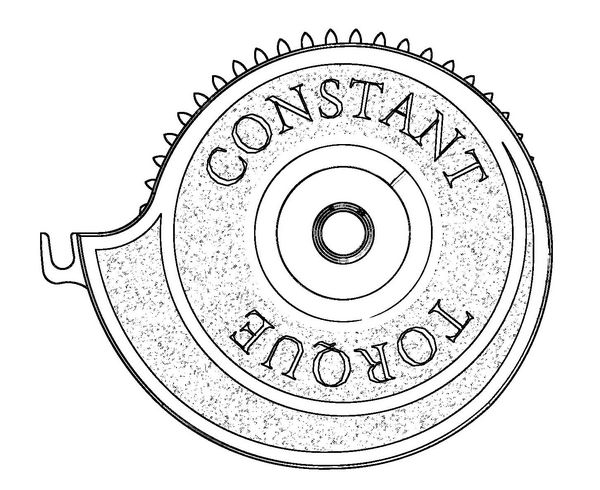 And there is yet another innovation in the construction of the chain itself.

Romain Gauthier has replaced the traditional method of joining chain links, by placing a fine sheet of paper between the links and connecting plates, riveting them together and burning the paper away to create a fine (though imprecise) tolerance, with a snap clip system that offers high-precision, simplicity, reliability and consistency. 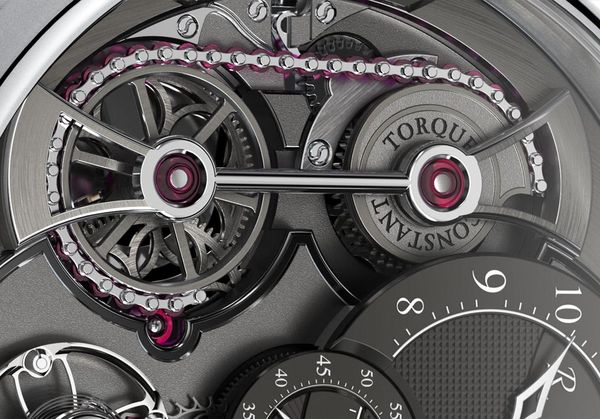 Winding Logical One is a pleasure thanks to Romain Gauthier’s innovative push button winding system, with the pusher set neatly into the left caseband.

While the push-to-wind system is a pleasure to use, its advantages are not only ergonomic and aesthetic, but based on sound engineering principles.

A traditional crown is relative small with a fine (relatively fragile) stem that has to transmit the force 90° between the crown to the mainspring barrel. The pusher to wind Logical One transmits force to the barrel on the same plane. 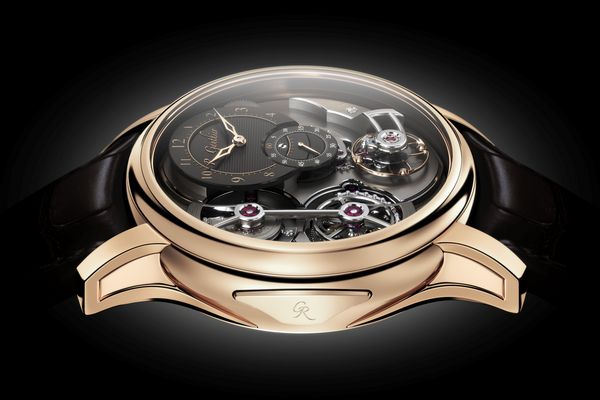 As the mainspring unwinds in a traditional brass barrel, the metal of the spring scratches the metal, even when freshly greased. Over time, grease clots, scratches get rougher, the barrel sticks to the spring and does not rotate smoothly. 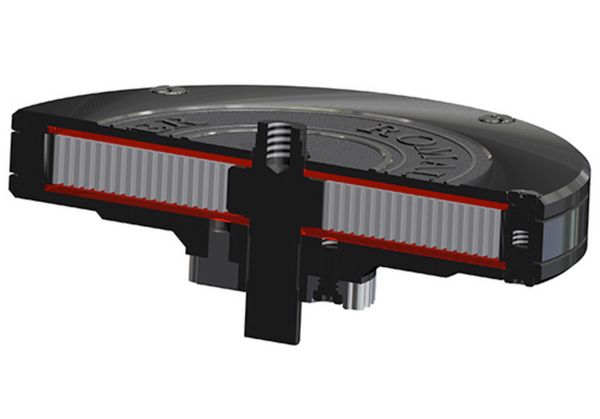 To eliminate this potential source of uneven friction, Romain Gauthier has placed mainspring of Logical One between synthetic sapphire plates. 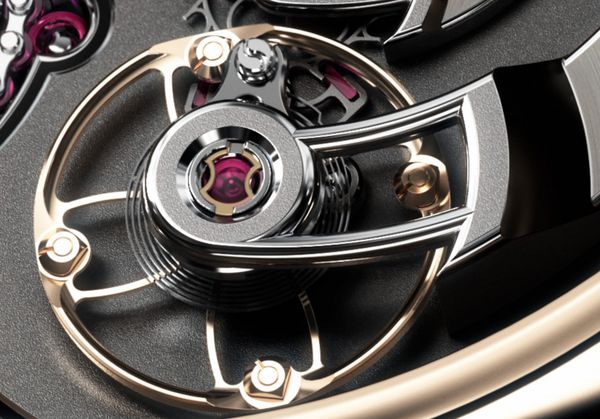 Sapphire has the ideal properties of having a low coefficient of friction with steel − why watch movements have ruby bearings – and is highly scratch resistant – why it is used for watch crystals. 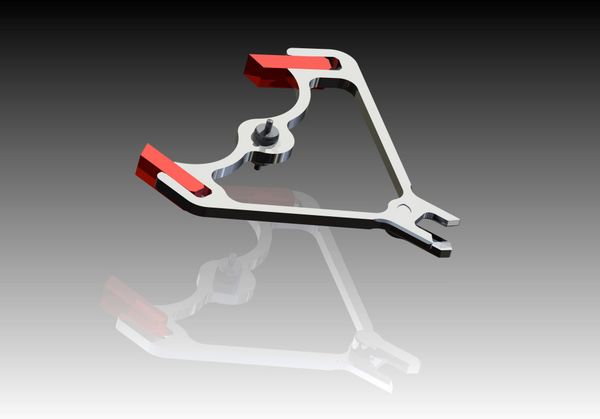 A WORLD OF DETAILS

The movement for Logical One was entirely conceived, developed, designed, produced, decorated, assembled and regulated by Manufacture Romain Gauthier.

Highly polished sharp internal bevelled angles in the movement plates and bridges are the hallmark of superlative hand finishing because, to date, machines are not capable of milling and polishing sharp internal bevels. With Logical One, Romain Gauthier has gone a step further still in creating double-angle bevels with sharp internal angles, which give the effect of border.

This distinctive eye-catching hand finish, created by using a two parallel bevels, has a similar effect to that of a frame around a beautiful painting, in that the frame highlights the artwork within. 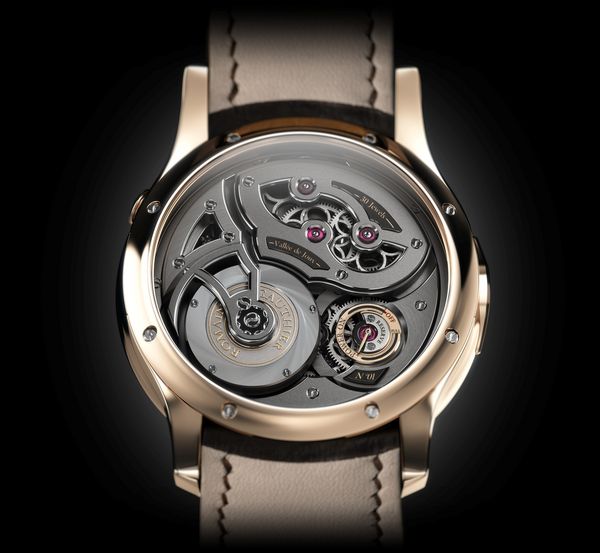 GLASS:
Sapphire crystal treated with anti-reflective coating on both sides

STRAP:
Alligator leather hand-stitched in Switzerland with pin buckle in metal to match the case

Similar to Logical One