Today I will talk about a very exclusive new brand in the market: 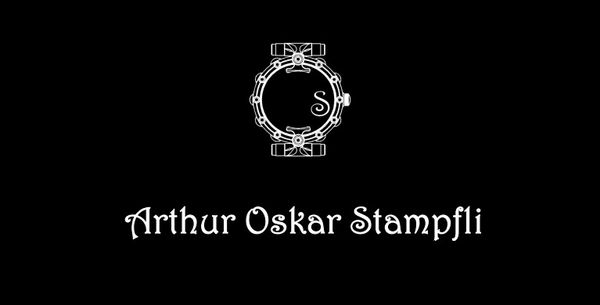 A unique Guard-time for a unique person

In 2001, Roland Stampfli, ten years after his father departure, the idea to make relieve is father name, through one of his passions, became evident in is wish:

Is wish to pay tribute to is father could only be possible by creating an epic brand to Arthur Oskar Stampfli.

An exclusivity reserved for less than a hundred fans in the world, between 1 and 99 copies per model depending on its reference.

In October 2009, the adventure became a reality by the official launch and the inauguration of this new brand.

In 2010 was the year of launch, during this year the development and validation of the products were confirmed.

In 2011 was the year of consolidation, the development of a watch brand requires a great job of making contacts to create a network of recognition and then sales.

In 2012 was the year of Arthur Oskar Stampfli, through the work of Jonathan Kopp (mandated to develop the sales network and representation of AOS) they can rely on a representation in the following countries: Australia, United States, China, France, Germany and other contacts in the world.

They are also preparing a participation in a festival film in northern France, which should be set up in 2013.

A watch with an "S" on the dial, symbol of is name brand.

The timepieces are all limited editions, with 99 being the highest production number of any one design.

There is also a trilogy collection with ultra-limited editions that is a tribute to stars such as Jimi Hendrix, Marc Bolan and James Morrison call:

Collection OCEAN TRIBUTE TO THE STAR, which you can see in the pictures of watches.

And now let's take a look at the technical characteristics of this model.

LIMITED AND NUMBERED EDITION OF 99 PIECES

DIAL:
Black rhodium-plated wall lamps
Hours, minutes, and centre seconds centred
Date at 6 o´clock
With an "S" on the dial, symbol of is name brand