A SUPER CHRONOGRAPH AND A HUGE COMPLICATION 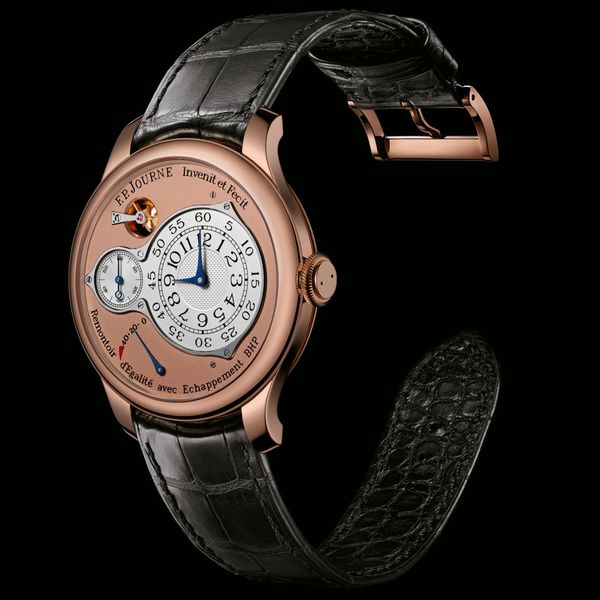 OFFICIAL DEFENITION OF TIME:
"Art that deals with the accurate measurement of time".

And this it is something inherently linked to any watch.

The degree of precision timekeeping of a mechanical watch is another matter and depends on each manufacturer self requirement in each of their models.

In recent decades if a signature watch has stood for innovation demand and implementing techniques to optimize the timing in wristwatches.

This is definitely F.P. Journe. 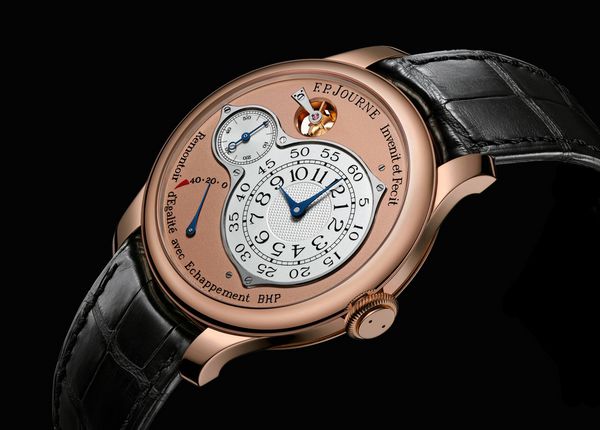 Just look at the name of one of its parts to deduce their involvement in this aspect: Chronometre Souverain, Chronometre Bleu and especially the Chronometre a Resonance, those who now joins this new Chronomètre Optimum.

From a basic mechanism, there are several complications that are intended to improve the timing of a mechanical watch.

One of the best known, and complex, is the tourbillon, a complication present in collections F.P. Journe since its inception.

As a curiosity, note that the fascination that produced the tourbillon to François Paul Journe in his youth, and the lack of means to acquire one of these pieces, led him to build one himself.

But the greatest contribution, among many, that F.P. Journe has contributed to contemporary mechanical watchmaking, unthinkable is the principle of resonance to a wristwatch, creating a Chronometre Resonance.

Like the tourbillon, the purpose of using the physical principle of resonance in a watch is to optimize its chronometric qualities.

With this new Chronomètre Optimum, F.P. Journe apply not one but several complexities to optimize their mechanical clockwork precision. 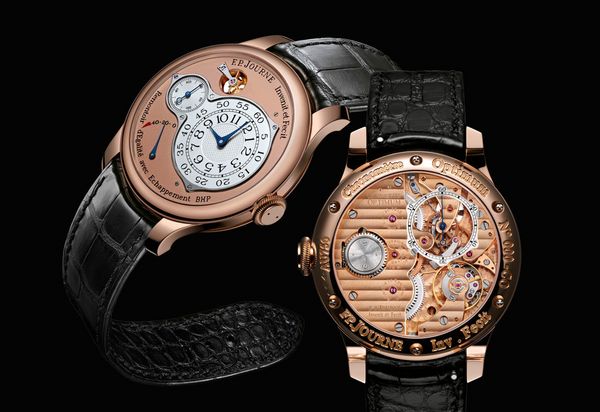 None of them are unpublished, but if they are together and so far never been applied at the same time on a watch.

- Energy generation system formed by a double barrel, two springs which by their engines provides stability greater than the force supplied to the conventional scheme of a single barrel.

- Remontoir d'égalité 1 second (patent EP1528443.A1). This is a mechanical complication whose purpose is to accumulate energy conducted through the gear train and supplying it to escape with constant intensity. This optimizes the isochronism of the oscillations of the wheel. For this Chronomètre Optimum, the remontoir is constructed of titanium and is visible on the face of the watch through an opening located at the height of the 11 hours.

- Also patented F.P. Journe Chronometre Optimum incorporates the Bi-axial escapement EBHP high performance (patent EP11405210.3), with its direct-drive dual wheels work without lubricants. This not only exhaust to bypass the use of oils, but is capable of providing 50 hours of reserve without modifying the amplitude of oscillation of the wheel. The first release of its kind, was created by the famous Abraham-Louis Breguet in 1823.

- This kind of escape, a way to indicate causes the latter very rare and uncommon in mechanical watchmaking: the deadbeat seconds. Contrary to the vast majority of needles seconds, moving to small jumps equivalent to the oscillation frequency of the wheel, the second hand skips killed every second. It is therefore normal that takes the viewer to confuse one of these watches and make it is a watch with quartz movement.

- Surprisingly, the deadbeat seconds indication can only see the bottom of the watch, located at the height of the window of the field that allows us to see the remontoir d'égalité. Looking at the picture below , we see that the axes of complications both share the same bridge at the end of which is the hub of the dead seconds hand, and in its central area houses the ruby of the axis of remontoir d'égalité .

As is common in watches F.P. Journe, indications of hours and minutes are offset, in a large subdial located at the right side of the field.

At 9 o'clock, we found a second subdial hosting another, in this case conventional.

Finally, located about 6, we can see the power reserve indication.

The Optimum Chronomètre case will be available with platinum or pink gold.

As usual and customary in good F.P. Journe, we can also choose from two case sizes of 40 mm or 42 mm in diameter.

This is another rare piece to add to the collection F.P. Journe.

F.P.Journe, with its distinctive label - Invenit et Fecit, engraved on all watches of the collection certify an exclusive 18K rose Gold calibre, invented, manufactured and assembled entirely in the workshops of the Geneva Manufacture.

It is an authentic and innovative horology in the whole of its conception and symbolises the fundamental values of haute horlogerie.

You can found the video here - CHRONOMÈTRE OPTIMUM

A super chronometer that brings together many of F.P. Journe design and engineering ideas into one watch. And now it is finally unveiled

NUMBER OF COMPONENTS:
Movement without dial 240
Cased up with strap 264

MAIN CHARACTERISTICS:
1 second remontoire at 11h, very light in Titanium and balanced
Natural dead beat second on the back of the movement
2 mainspring barrels in parallel
2 position crown
Time adjustment in position 2
High performance Bi-axial escapement with arbor and wheels in Titanium, functioning without
oil, (inspired by that of A.L.Breguet created in the XVIII Century)
Off centre hours and minutes
Small second at 9h00
Power reserve at 6h00