Vulcain takes us back to the 1970s with a Limited Edition of the Nautical model: The Nautical Seventies 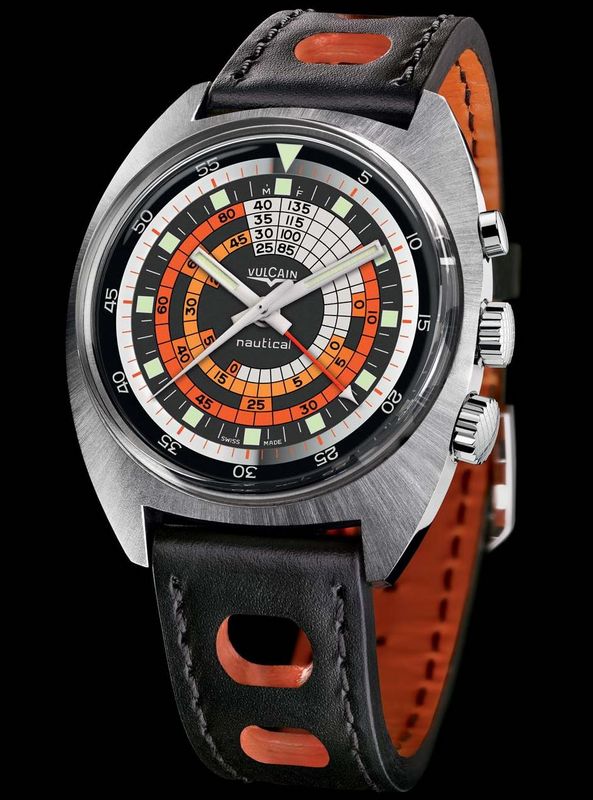 A limited edition which brings us back to the 1970s is the proposition of Vulcain for BaselWorld 2013. A Wristwatch with vintage style, and let us not forget that the subtitle of the first dive watch with alarm. With an alarm movement truly audible underwater.

FULL IMMERSION INTO THE HEART OF THE 1970S

A faithful replica of the 1970 Vulcain Nautical model, the iconic diver’s watch returns in a 300-piece limited edition with a resolutely vintage look. A fascinating compendium of the identity codes that have forged the legend of the ﬁrst diver’s watch equipped with an alarm movement truly audible underwater, the new Nautical Seventies Limited Edition is waterresistant to 300 metres and indicates the successive decompression stops. 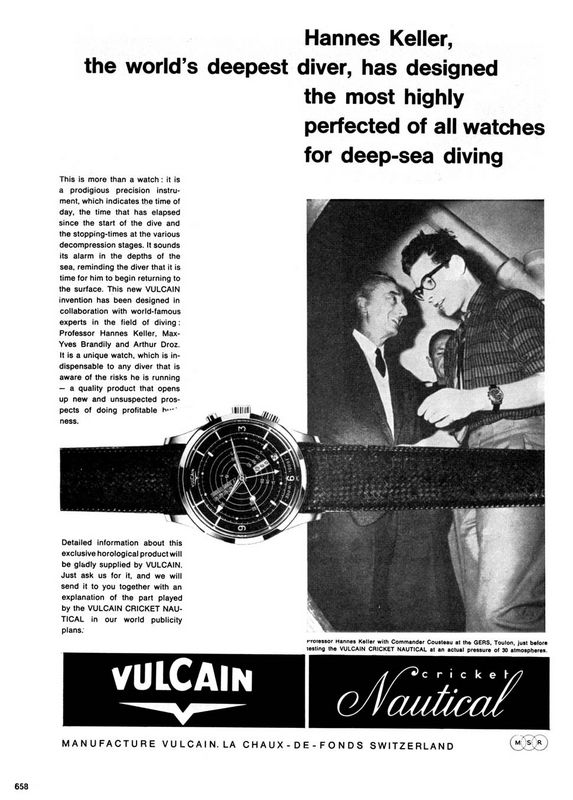 When ﬁrst launched in 1961, the Cricket Nautical was truly avant-garde in all respects. For the ﬁrst time ever, a wristwatch was capable of descending to 300 metres and audibly warning its wearer that it was time to the surface, while precisely indicating the various decompression stops. At the heart of this model that made an indelible imprint on sports-dedicated horology beat the already legendary Cricket alarm calibre. The Vulcain Cricket Nautical caused an immediate sensation in the ﬁeld of deep-sea diving. Endowed with technical characteristics meeting diver’s security requirements, this model stemmed from a pooling of various competencies: those of the three experts with whom the Vulcain constructors chose to associate in developing the ﬁrst diver’s watch equipped with an alarm audible under water. Together, these three specialists, Hannes Keller, a multiple record-holding diver and mathematician; explorer and ﬁ lm director Max-Yves Brandily; and Arthur Droz, national diving instruction and representative of the French C.I.A.S. (Centre d’Investigations et d’Activités Sous-Marines), drew upon their considerable experience in helping the Manufacture Vulcain to create the ﬁrst watch complete with an alarm, a clear indication of decompression steps, as well as guaranteed water resistance to 300 m. The latter depth is equivalent to a pressure of around 30kg/cm2! 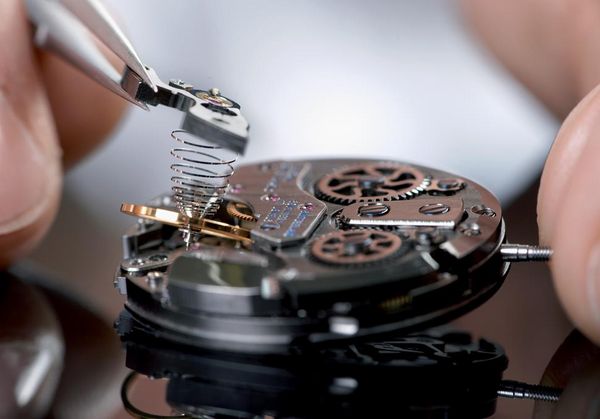 In 1970, Vulcain introduced a new version of its legendary Nautical featuring a redesigned display layout and now re-issued in a 300-piece limited series. While the 2013 Nautical Seventies Limited Edition has been made using the latest technical innovations, the original vintage spirit has been carefully preserved. It’s all there: starting with the manually-wound Cricket V-10 apable of sounding its alarm in a clearly audible manner for up to 20 seconds under water. Equipped with twin barrels (one to supply the energy required for the hour, minute and seconds functions, and the other to power the alarm function) , this movement ﬁnely crafted by Vulcain beats at a speed of 18,000 vibrations per hour and has a 42-hour power reserve.

Exactly like the original, the 42 mm case water-resistant to 300 metres features alternating polished and satin-brushed ﬁ nishes, and is distinguished by its emblematic triple case-back acting as a resonance chamber for the alarm so as to ensure maximum effectiveness. This intensity is further accentuated by a hesalite watch glass, the original material used in 1970 and serving to amplify the sound. 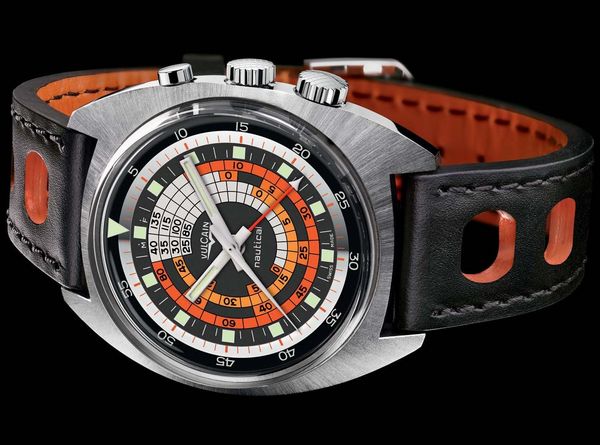 Offering an identical reproduction of the dial of the 1970 Nautical model, the Nautical Seventies Limited Edition owes both its aesthetic and its device to its predecessor. The central dial indicating decompression details in orange colours remains ﬁxed in place, while the 60-minute graduated rotating inner bezel ring is activated by a screw-locked crown at 4 o’clock. Thanks to generous luminescent hands and square hour-markers, the readability of this watch remains optimal even in the underwater depths.

The comfortable and sturdy strap in water-repellent leather adds the ﬁ nal vintage touch to the Nautical Seventies Limited Edition, available in a 300-piece limited series.

CASEBACK:
Triple case serving as a resonance chamber and enabling underwater use of the alarm function