Founded in 1735 by Jehan-Jaques Blancpain has been contributing to the development of mechanical watchmaking, while conserving the traditional skills of its founder.

At the beginning of the 18th century, Jehan-Jacques Blancpain perceived the potential in a completely new business activity: watchmaking.

In 1735, he founded the Blancpain brand, setting up his first workshop on the upper floor of his house at Villeret, in the present-day Bernese Jura.

By recording his name in the official property register of the municipality of Villeret, this pioneer had created an establishment which is now the world's oldest watchmaking brand.

Blancpain watches enjoyed great success from the earliest years, and the heirs of Jehan-Jacques Blancpain perpetuated his expertise.

In 1815, Frédéric-Louis Blancpain, the great-grandson of Jehan-Jacques, who was head of the family business at the time, modernised production methods and transformed the traditional craft workshop into an industrial undertaking capable of serial production.

By replacing the crown-wheel mechanism with a cylinder escapement, Frédéric-Louis introduced a major innovation into the watchmaking world.

With the resources of its expertise, by the middle of the 19th century the House of Blancpain had become the most substantial enterprise in Villeret.

In the second half of the 19th century, as industrialisation took hold, the prices of watchmaking products were falling and many workshops were fated to close down.

To face up to American competition, in 1865 Blancpain built a two-storey factory by the River Suze and made use of water power to supply the electricity needed for its production processes.

By modernizing its methods and concentrating on top-of-range products, Blancpain become one of the few watchmaking firms to survive in Villeret. 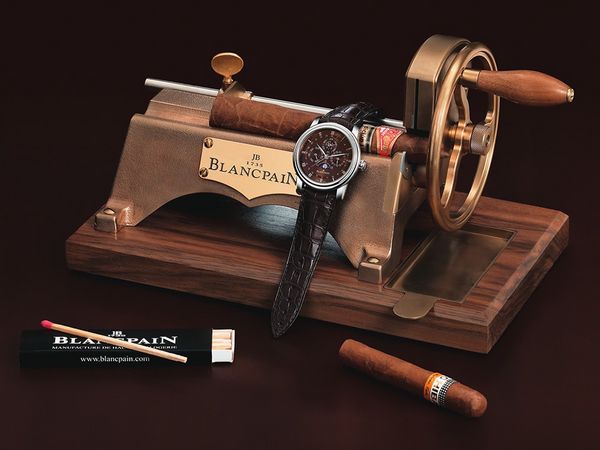 In 1926, the Manufacture entered into a partnership with John Harwood and started marketing the first automatic wristwatch.

The year 1932 saw the end of the family's management of the firm, which had lasted for over two centuries.

On the death of Frédéric-Emile Blancpain, his only daughter, Berthe-Nellie, did not wish to go into watchmaking.

The following year, the two members of the staff who had been closest to Frédéric-Emile, Betty Fiechter and André Léal, bought the business.

As there was no longer any member of the Blancpain family in control of the firm, the two associates were obliged by law as it stood at the time to change the company name.

Henceforth, the firm would be called "Rayville S.A., succ. de Blancpain", or "Rayville" being a phonetic anagram of Villeret.

Despite this change of name, the identity of the Manufacture was perpetuated, and the characteristics of the brand were preserved.

Betty Fiechter remained director of Blancpain until 1950, when her nephew, Jean-Jacques Fiechter, joined her.

Together, they brought fresh impetus to the firm. 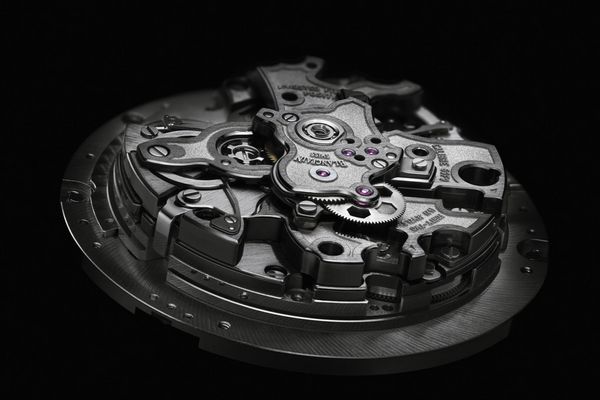 Among the Manufacture's great successes is the Fifty Fathoms, launched in 1953 and produced at the request of the "Combat Swimmers" of the French navy, who needed a reliable watch for their underwater operations.

Captain Robert "Bob" Maloubier and the Lieutenant Claude Riffaud, the co-founders of the unit, submitted the project to Jean-Jacques Fiechter, by then CEO of Blancpain, who accepted the challenge.

Worn by Jacques-Yves Cousteau, among others, the Fifty Fathoms became the standard of reference among diving watches.

Three years later, Rayville-Blancpain repeated this success with the Ladybird, a model equipped with the smallest round automatic movement of the time.

To make it possible to meet the continually growing demand, the firm became part of the SSIH (Swiss company for the watch industry), joining such brands as Omega, Tissot and Lemania.

The fall of the dollar against the Swiss franc reduced transatlantic exports.

The first oil crisis, in 1973, provoked a world-wide recession.

The SSIH was forced to reduce its output by half and to sell off part of its assets.

On 9 January 1983, it sold the Rayville-Blancpain name to Jacques Piguet, son of Frédéric Piguet and director of the company of that name, and Jean-Claude Biver, at that time employed by the SSIH.

The company set up production at Le Brassus, in the Joux Valley, and from then on traded under the name of Blancpain SA.

It was the start of a new chapter for Blancpain. 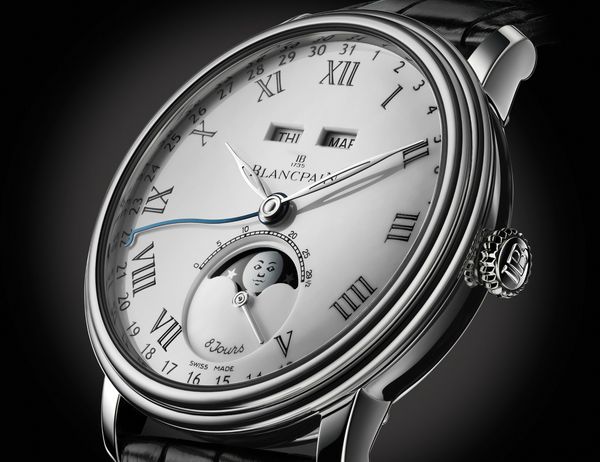 Until then, many of the movements made by the Manufacture had been concealed in watches of other brands, relegating the name of Blancpain to a secondary role.

The company decided to retain exclusive possession of its expertise.

While some specialists were predicting the end of traditional watches with the advent of the quartz movement, Blancpain committed itself to the production of "grande complication" wristwatches.

From then on, the Blancpain Manufacture would produce watches in the purest traditional style, in the same spirit as those that Jehan-Jacques Blancpain and his successors had made more than two centuries earlier, a hundred kilometres away.

In parallel, Blancpain devoted every effort to the revival of mechanical watchmaking, rehabilitating traditional complications and publicising the story of the watchmaking guilds and the central role played by the masterpieces that embodied the highest achievements of the watchmaker's craft.

By turning to the past to bring back to life the beginnings of watchmaking as it had been practised in the remote farms of the Jura, Blancpain enabled both the culture and the art of traditional watchmaking to survive and make progress.

The finest example of this expertise respecting tradition is undoubtedly symbolised by the 1735.

This timepiece, the most complicated in the world when it was first presented, brings together the greatest watchmaking complications: minute repetition, tourbillon, perpetual date, moon phase calendar and flyback chronograph.

It takes a master-watchmaker an entire year to assemble this calibre.

In 2002, Marc A. Hayek became Chairman and CEO of Blancpain and gave a new stimulus to the Manufacture, which set out on a quest for excellence, without ever departing from its precious inheritance.

Considerable investments were allocated and the Research and Development department was strengthened and encouraged to move forward off the beaten track.

The number of world premieres and patents grew with an impressive display of new movements.

Among others, in 2008 Blancpain revived the Karrusel, a complication forgotten for over a century, and incorporated it into a wristwatch for the first time.

This creation embodies the spirit of the values of our firm: bringing out the best in watchmaking tradition through innovation.

Drawing on the rich history of Blancpain, the new management is readjusting the focus of its collections to express the values the make up the brand's DNA.

The Fifty Fathoms has been revived and the Villeret collection subtly reinterpreted, while the new, avant-garde L-evolution collection has been launched.

The brand's image is gaining in clarity and consistency. Distribution has been completely overhauled, and many Blancpain boutiques are opening in the most prestigious neighbourhoods of the great cosmopolitan capital cities.

Blancpain's constant innovations in the sector of top-of-range watchmaking have brought vigorous expansion in their train.

In 2010, the Manufacture of Le Brassus verticalised production with the acquisition of the Frédéric Piguet company, which was already producing movements and components for Blancpain, thus gaining access to a new production site in the Joux Valley.

THE WORLD OF THE BLANCPAIN

True to its values, Blancpain regularly joins forces with partners who share the company’s passion for excellence.

Whether in the realms of motor sport, the open sea or gastronomy and lifestyle, the Manufacture is proud of these partnerships, which represent far more than mere co-branding.

On the contrary, Blancpain participates to the full with its partners in a spirit of seeking new challenges and giving credit for creativity and authenticity.

The World of Motor Sport

In just three years of involvement in motor sport, Blancpain has unremittingly strengthened its presence in this compelling activity.

The World of the Open Sea

Since 1953, Blancpain has accompanied exploration under the sea in its greatest challenges.

A union that makes plain our true passion for this realm and goes far beyond the performance of our timepieces dedicated to sea diving.

The Art of Living

The pursuit of excellence, know-how, precision, passionate and meticulous manual dexterity, these are all values that Blancpain shares with the world of gourmet food.

Similar to History of Blancpain 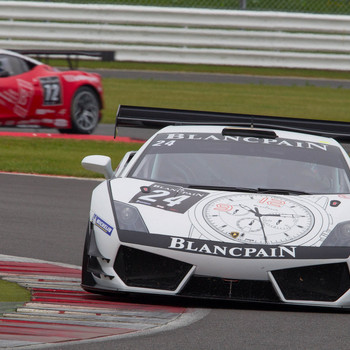 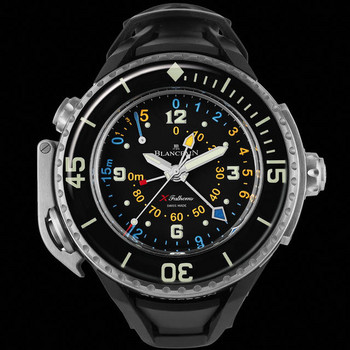 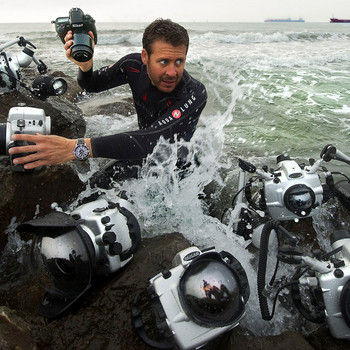 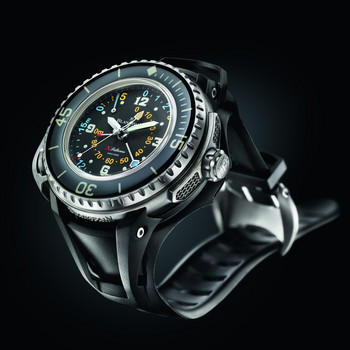 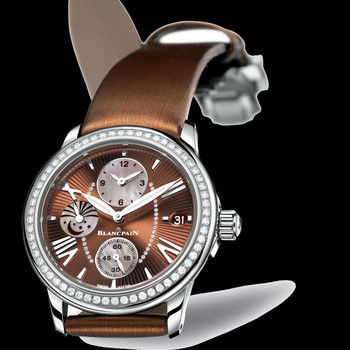