At first glance the time appears to be indicated by centrally rotating triangular rotors; however, the triangles are actually Releaux polygons, they rotate eccentrically rather than centrally and track complex epitrochroid curves rather than circles. 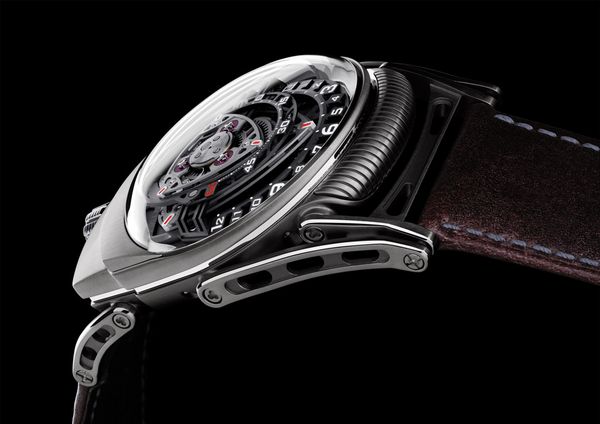 The system was inspired by the Wankel engine, which features orbital Releaux polygon rotors rather than the reciprocating pistons that power the majority of our cars and machines today.

URWERK founders, Felix Baumgartner and Martin Frei had a concept featuring Wankel engine inspired indications that they had not yet developed, and they suggested that their constructor Cyrano Devanthey could develop and produce a movement based on that.

C3H5N3O9 is an experimental platform, not a luxury brand.

C3H5N3O9 is both the molecular formula for nitroglycerine and a horological experiment.

Many of the most reactive (and most exciting) chemical reactions derive from combining seemingly innocuous ingredients.

When Felix Baumgartner and Maximilian Büsser shared a pleasant lunch on a Geneva terrace in the summer of 2008, it started a horological chain reaction that four years later manifested as C3H5N3O9. 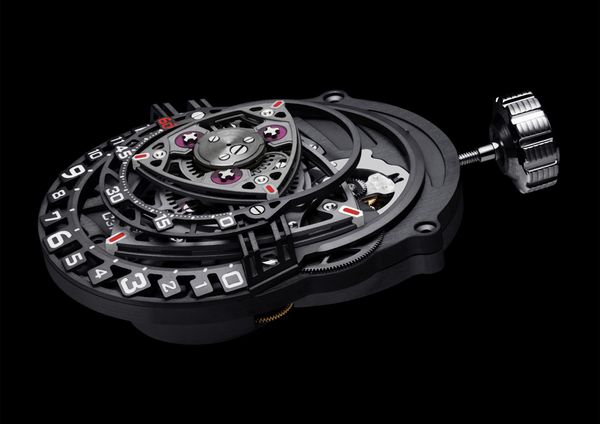 There will only be two series of 12 Experiments featuring the Wankel complication:

Turning Experiment ZR012 over reveals the power reserve indicator.
The movement has an autonomy of 39 hours and should be wound by the screw down crown when the indicator approaches the red zone.

The case of Experiment ZR012 is in zirconium, which is derived from the mineral zircon. Visually zirconium is similar to titanium and is highly resistant to corrosion.
The lugs are in titanium. The articulated front lug and compound rear lug wrap ergonomically around the wrist and ensure a high level of comfort.

Time is by the tips of the Releaux polygon rotors tracing epitrochoid curves.
To create the complex shape of the hour and minute epitrochroid curves with the high precision required, 180 separate points were plotted.
There is tolerance of just o.20mm between the triangular rotors, the special shape is actually called a Releaux polygon and the hour and minute marked epitchroids surrounding them. 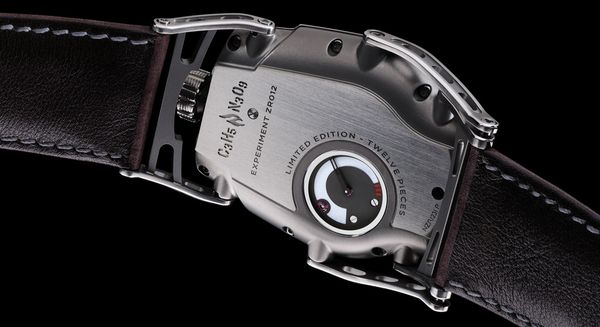 The Releaux polygon (triangular-shaped) rotors are eccentric, i.e. not mounted directly to the central 'crankshaft' and they demand considerable time, skill and patience to set up correctly in assembly process.

At these minuscule dimensions, the thickness of one tooth on the gears is not fine enough to precisely align the hour and minute wankels, normally you adjust by a complete tooth.
To ensure extremely high precision adjustment, the fixed wheels can be rotated slightly (then re-fixed) to allow fine adjustment and synchronised precision between the hour and minute indicators.
To understand how the eccentric releaux polygon indicators rotate, please view the animated illustration on the Wankel Engine detail page of the website - www.c3h5n3o9.com

Experiment ZR012 indications were inspired by the Wankel engine. 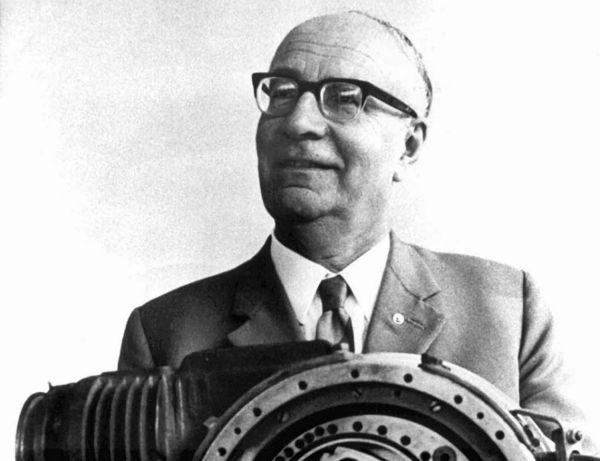 In 1919, a 17-year-old German boy called Felix Wankel dreamt of a new type of engine. Despite no formal training, Wankel believed that he could design an engine in which the four stages of intake, compression, combustion and exhaust-took place in one rotation, rather than four separate reciprocations of a piston as in a normal engine.

It was an ambitious goal, which others had been unsuccessfully attempting since the 16th century. In 1924 Wankel created a small laboratory to develop his rotary engine and eventually tested the first prototype in 1957, over three decades later.

One of the main reasons development took so long is that Wankel’s orbital engine was based on a convex-triangle rotor rotating inside a epitrochoid combustion chamber. An epitrochoid is a very complex shape traced by a point on a small circle rotating around the perimeter of a larger circle and plotting that shape involves seriously complex mathematics.

From over 800 shapes considered, Wankel investigated nearly 150 configurations and variations – this was before computers – before settling on a fat figure-eight form.

In standard internal-combustion engines, pistons reciprocate four times for every cycle of power; in the Wankel engine, power is smoothly generated each rotation with fewer moving parts enabling the motor to be lighter, more compact and more reliable than reciprocating engines. 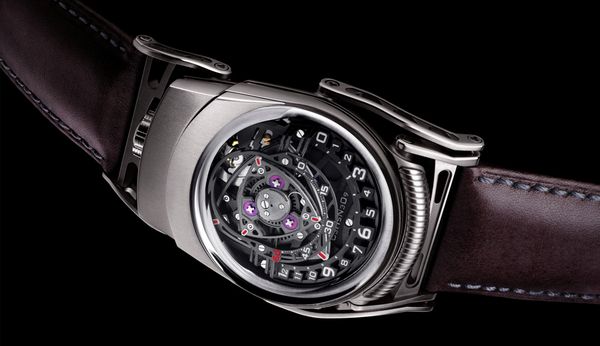 MOVEMENT:
Manual winding
With 328 Individual components
Number of plots to create epitrochoids for hours and minutes: 180
Tolerance between hour and minute indication rotors and inside of epitrochoids: 0.20mm

GLASS:
Sapphire crystal with anti-reflective treatment both side