Another timepiece launched by Sir Maximilian Busser & Friends, and as expected, it is a fantastic masterpiece. This watch respect the following saying: "less is more". MB&F manufactures watches that look "simple" but inside, it is a huge complication.

The slogan for this watch is: time and power, who says you can’t have it all?

In fact when it comes to this brand you can have it all, in a simple manner, except the price, even if this watch is not a limited edition. 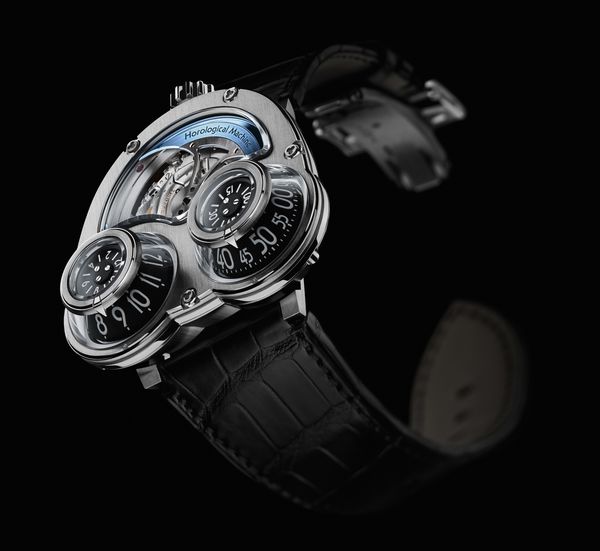 Derived from the HM3, the most successful series from MB & F, the Megawind combines an oscillating giant mass, in gold and titanium with the dial on the side. (and the well known cones indicating the hours and minutes also on the face of the watch). 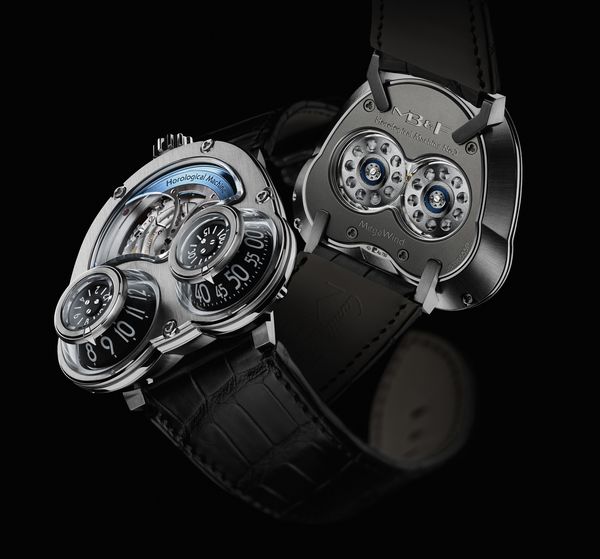 The Megawind comes equipped with the same caliber used for the HM3 Frog, designed by Jean-Marc Wiederrecht (Agenhor), from a drawing made by Max Büsser and the fantastic designer Eric Giroud.

Placing the oscillating mass and regulatory body of the dial on the side demanded a complete reversal of the caliber, only possible thanks to two ceramic ball bearings, visible from the back of the watch, and the cones that transmit indications for the hours and minutes. 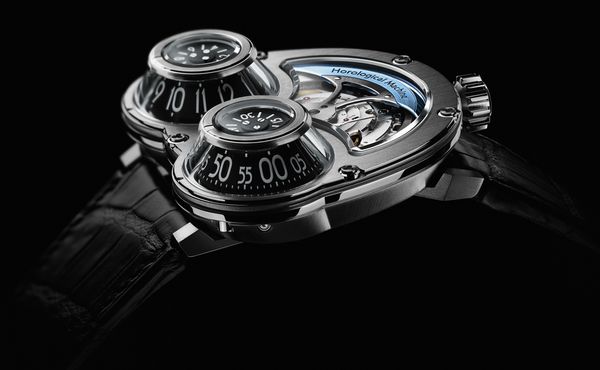 The cones are made from solid blocks of aluminum. The box is made with no less than 50 components made in red gold, with red gold rotor, or made in white gold, with gold rotor coated blue. 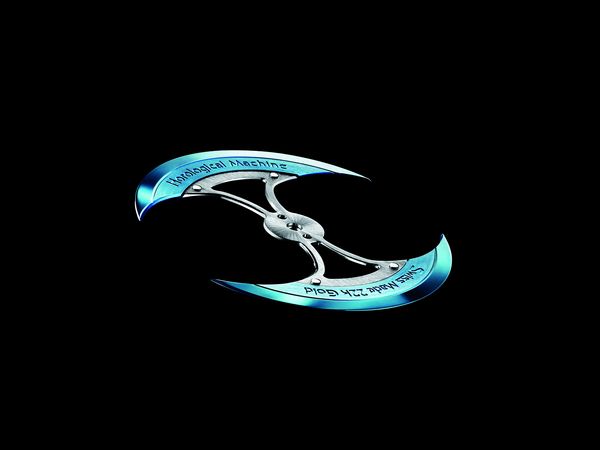 The original HM3 was developed to display the machine’s beautifully finished movement in operation and MEGAWIND follows the same principle. 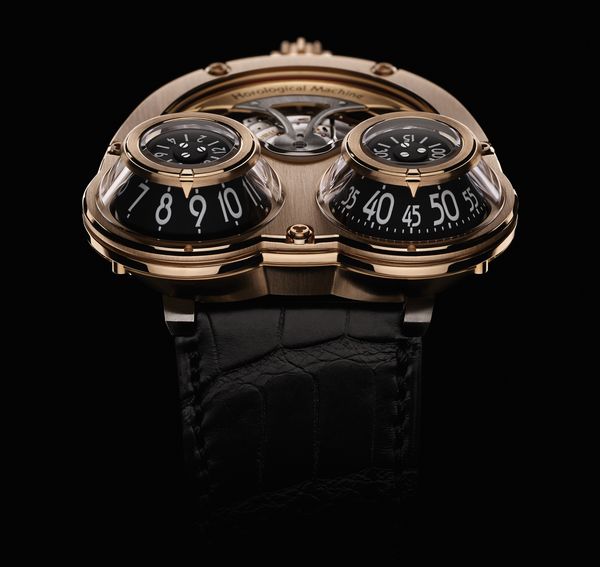 The hour and minute cones are milled from solid aluminium to paper-thin thickness. The cones are housed within three-dimensional truncated gold and sapphire crystal cones, which are brazed together. Brazing is a high-temperature soldering technique which is aesthetically pleasing and ensures a solid, water-resistant construction. 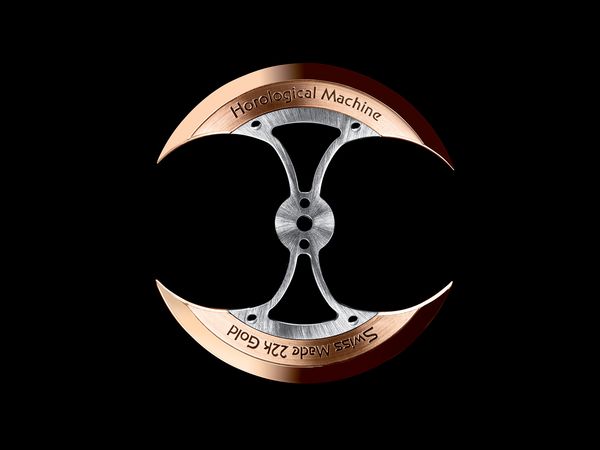 Independent Finnish watchmaker Stepan Sarpaneva provided both the initial idea for the large rotor and the name, MEGAWIND. The two 22K gold blades of the iconic MB&F battle-axe rotor on the dial make what is called a "mystery" rotor because, in appearing to be symmetrically balanced instead of having a visibly off-centred mass, they look to defy the laws of physics. This ‘mystery’ is achieved by machining the underside of one of the gold blades to a razor-thin edge, so reducing its mass. 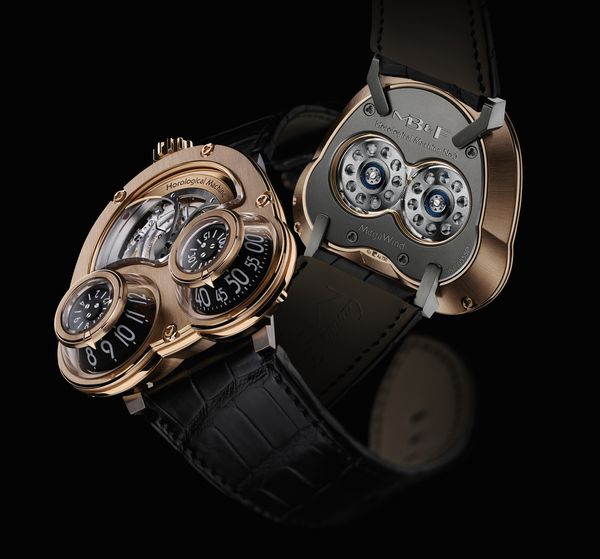 Time indications are usually located on the top, or dial side, of a movement. As the movement of HM3 is inverted to display its operation, an efficient solution was needed to bring power from the bottom of the movement to the timekeeping cones at the top. Standard pinions set in jewels would have required complex, friction-generating gearing, and would require support top and bottom, a factor which would increase the height of the movement, and thus the watch. 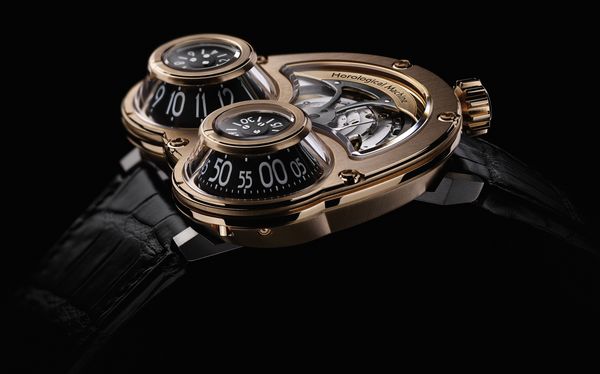 So instead of standard jeweled pinions, HM3 features two large-diameter (15mm) high-tech ceramic bearings. Because of their large diameter, these bearings minimize the number of friction inducing gears and, due to the rigidity resulting from their ultra-high precision design and manufacture, they only require support at one end (the base) so allow for a thinner movement. 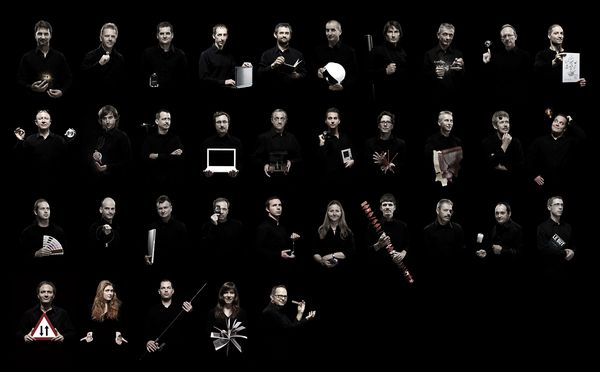 IMPORTANT: There are two case versions of this model

TECHNICAL DETAILS for the HM3 MEGAWIND

GLASS:
Sapphire cones and front and back display crystals have anti-reflective treatment on both faces