MB&F HM5 ON THE ROAD AGAIN 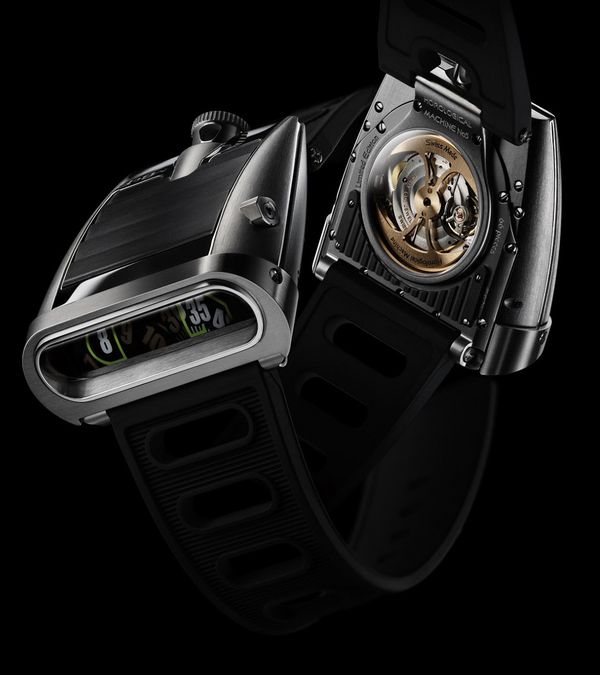 The HM5 watch may seem relatively simple, but it is extremely complicated.

With an unusual design, like all Horological Machines, this model is inspired by the futuristic aspect of the 70 years, particularly in the famous Lamborghini Miura, one of the first super cars with a futuristic design. 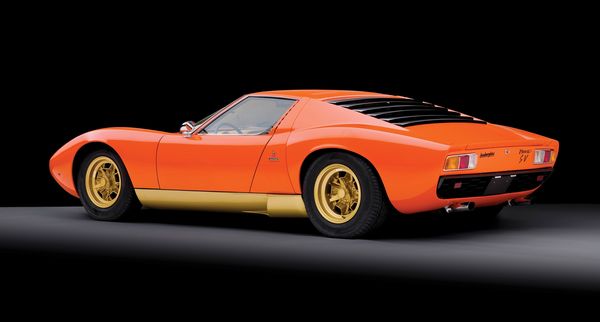 In the 1970s the future wasn’t tomorrow, it was today!

If you are a fan of 70 years then you will love this amazing watch. 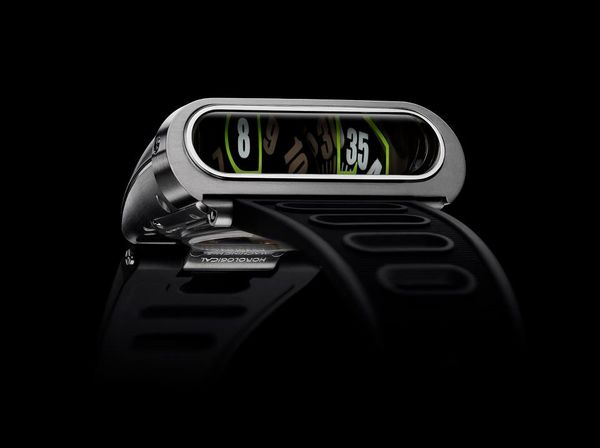 The hour and minute displays are bi-directional jumping hours with indications inversed, reflected 90° and magnified 20%.

The actual hour and minute time displays on HM5, i.e. the numbered rotating disks, are relatively simple: overlapping disks (one for hours, one for minutes) are completely covered in Super-LumiNova, which then has large 8mm numerals created by masking all of the lume except for the numbers.

The disks rotate flat on top of the movement and yet we see the time indications vertically in a ‘dashboard’ at the front of the case.

To achieve this, MB&F worked with a high-precision optical glass supplier to develop a sapphire crystal reflective prism that bent light from the disks 90° as well as magnify it by 20% to maximise legibility.

The sapphire prism is wedge-shaped with the angles precisely calculated to ensure that light is reflected from the horizontal indications to the vertical rather than refracted (bent). 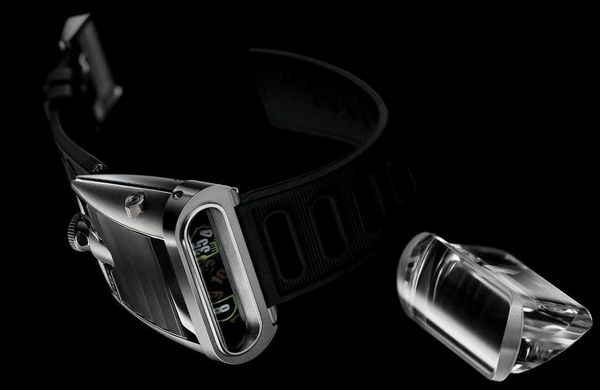 A convex lens at the front provides the magnification, sapphire crystal is much more difficult to work to optical precision than glass and it took considerable development and meticulous care in production to create crystals that reflected and bent light without the slightest distortion.

The time is reflected, the numbers are printed on the disks as mirror images so that they display correctly on the dial.

The glass on the front is not black but dark-tinted so that it is possible to see time arriving and departing and the numbers have an iridescent light-green outline, reminiscent of the original Digitrend and the glowing instruments of a supercar on a high-speed road trip at night. 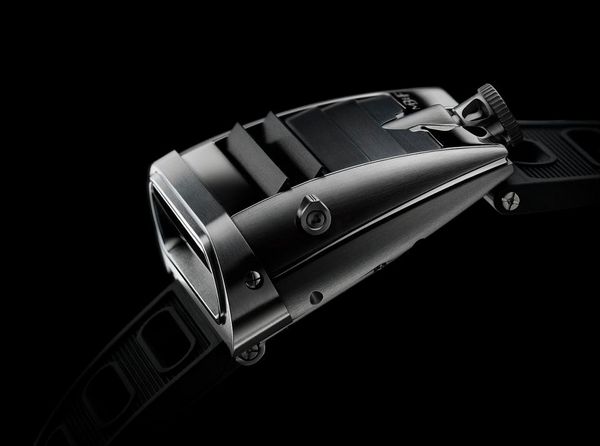 The functional louvres on HM5 open to allow light down onto the Super-LumiNova numbers on the hours and minutes indication disks to charge them.

The disks are actually flat on top of the movement (under the louvres), not vertically at the front of the case where they appear to be thanks to some optical magic.

Opening and closing the louvres also changes the dial’s light intensity. The louvres are opened and closed by a slide set into the right side of the case. 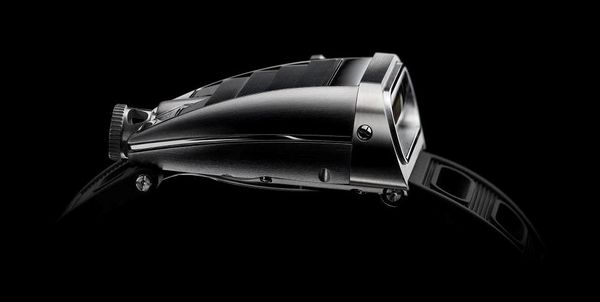 With louvered rear light leaving the interior of HM5, like the rear louvres on supercars, and also to drain water in HM5 case.

The case of HM5 is not water resistant, only the movement is.

The movement is held in a container, that fits inside the outer case. Those louvres let in water as well as light, so to protect the movement from moisture as well as shocks, it is housed in its own stainless steel shell. 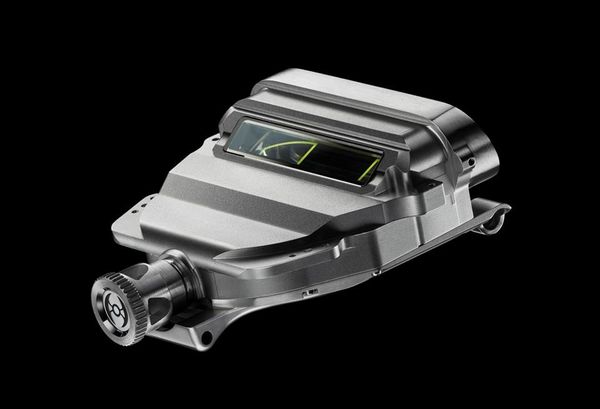 As with any supercar, the best often lies under the hood and looking below the surface of the HM5 On the Road Again case reveals a surprise: another case.

The reason for housing the Engine in an inner container is for water resistance. Those supercar louvres let in water as well as light, the reason for those dual exhaust ports, so to protect the high-performance Engine from moisture as well as shocks, it is housed in its own stainless steel shell.

This inner case is similar to the ridged chassis of a car on which the external coachwork/body is attached.

The complication was developed by Jean-François Mojon, Vincent Boucard and his team at Chronode.

The jumping hours are bi-directional, enabling the time to be easily set both forwards and backwards. The two mineral glass disks of the hours and minutes are supported by a flat wide bridge.

The disks overlap as much as possible to maximise their diameter and space for large legible numerals.

Turning HM5 over reveals the Engine, with its 22k gold battle-axe shaped "mystery" winding rotor, fast oscillating balance and stunning hand-finished bridges, through a sapphire crystal display back that is set into the water resistant container.

WATER RESISTANCE:
The case is not water resistant, only the movement
3 Bar = 30 meters

Similar to MB&F HM5 ON THE ROAD AGAIN